Places for People has posted a reduction in profit and turnover as the pandemic severely disrupted its market housing and commercial leisure activities.

The drop in income was in part due to most of the 108 leisure centres it manages being forced to close during the covid-19 lockdown, with revenue from that part of the business falling 42.9% to £87.7m. Income from market housing development fell from £192.5m to £159.1m over the same period, while market rental income fell by £6.6m to £36.6m. 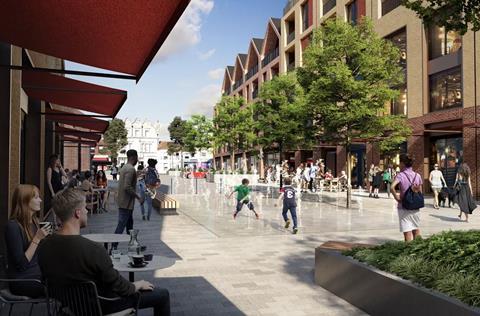 Places for People said its focus in the medium term is on reducing its market activity and focusing on affordable housing.

The accounts said: “The improvement in the development for sale market has not changed the group’s focus on reducing its exposure to this market and increasing the provision of affordable homes.

“The group remains committed to delivering the remainder of the 2,400 homes under the strategic partnership with Homes England.”

The accounts also revealed that Places for People spent £13.4m on fire safety work in 2020/21 and this is expected to increase to £16.6m next year. Its overall repairs and capital improvements budget will increase by 10% from the £117m reported this year.

Places for People in December announced a deal with partnerships builder Countryside to build up to 10,000 homes over the next 10 years.

The group’s chief executive David Cowans announced in April that he will stand down next year after 24 years in the role.