Network Homes has increased its surplus by 98%, due to ‘rapid’ sales of homes in a south London regeneration scheme.

Network’s surplus increase bucks a trend, with many other large housing associations, including Home Group, Sovereign, L&Q and Clarion, posting a fall due to pandemic disruption or building safety costs. 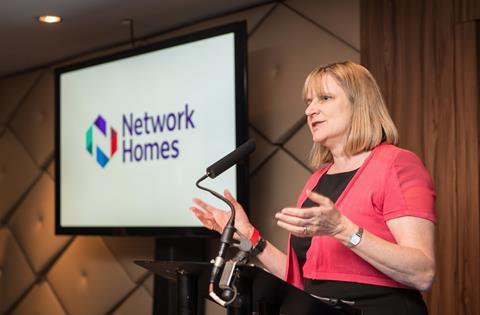 Network, however, sold 74 open market sale homes on its new Thrayle House development in Southwark, the final phase of the £200m Stockwell Park regeneration scheme. This contributed to a doubling of its property sales surplus to £24.9m.

Helen Evans, chief executive of Network, writing in the accounts foreword, said: “Despite many predicting the housing market would slow during the lockdown, it didn’t. Rapid sales at our Thrayle House development in Stockwell Park, South London contributed to strong financial results despite the pandemic”

Evans warned however that the outlook for the housing market remains uncertain due to “the end of stamp duty holiday, the discontinuation of the furlough scheme and the wider economic impact of the pandemic”

Network has put aside £116m over five years to pay for building safety work which it says will be “putting further pressure on resources required for improvements to existing homes or building new affordable homes.”