Ten percent of the homes in the village of Edenthorpe will be affordable.

Housebuilder Avant Homes plans to build a £121m development of 600 homes in Doncaster after acquiring a 78-acre site. 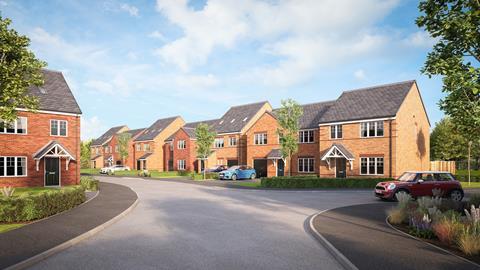 How the homes at Edenthorpe should look

The £505m-turnover Yorkshire firm will build a mix of one, two, three and four-bedroom homes, 10 per cent of which will be affordable, in the village of Edenthorpe.

Avant Homes Yorkshire managing director, Alastair Hart, said: “This site is a significant acquisition for us and forms part of our long term strategy to expand our presence in prime locations across the region.

“The development will provide a large number of desirable new-build homes and continue to support the high-demand for much-needed properties in Doncaster. We now await the planning decision and if granted hope to be able to bring the development forward later this year.”

Mark Mitchell stepped down as chief executive in January while his predeecssor Colin Lewis stepped down in the immediate aftermath of the Berkeley de Veer deal.

Avant is currently working on other sites in the Doncaster area, including in Auckley, Hatfield and Wheatley Hills. Those sites together are expected to deliver 255 homes. The group currently has 57 developments under construction across its five operating regions.