Housing ministry says the first part of the £12bn programme will deliver 120,000 homes

The government has allocated the first £8.6bn of its 2021-26 affordable housing programme to 90 landlords and developers that have promised to build 120,000 homes.

The funding for a string of long-term “strategic partnerships” will allow the construction of almost 30,000 homes for social rent, and marks the first tranche of the overall £12bn programme to fund affordable housebuilding in England, due to deliver 180,000 new homes. 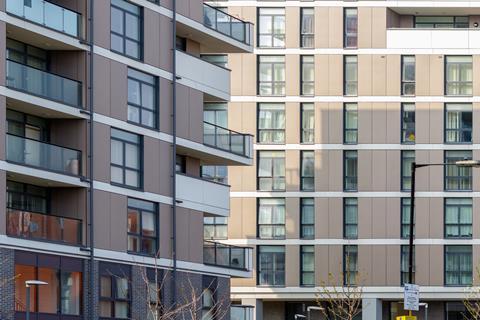 The housing ministry said that £5.2bn of the cash was being allocated by Homes England for sites outside of London, with the Greater London Authority (GLA) stating it was allocating the remaining £3.46bn to build just over 29,000 homes in London.

The ministry said that the allocation saw 90 strategic partners selected to build out the homes, but did not reveal the names of the partners and the allocations made to each one.

Under the Affordable Homes Programme, some large landlords and developers sign strategic partnership deals which give them longer term funding and greater flexibility over how they use government cash in return for delivering more homes and meeting other government priorities.

The government said the allocation would fund construction of 57,000 homes for shared ownership, 29,600 homes for social rent, and 6,250 in rural settlements.

The GLA said the cash will deliver 29,456 homes, of which almost 17,000 will be for social rent – meaning the majority of all the new social rent homes in England will be built in London. In total, the GLA said, 12,024 of the homes allocated today will be built by councils.

Housing secretary Robert Jenrick said the allocation marked an “landmark moment” in the government’s mission to deliver 300,000 homes in total per year by the middle of the 2020s.

“This huge funding package will make the ambition of owning a home a reality for families by making it realistic and affordable,” he said.

The chief executive of Homes England, Peter Denton, said the announcement gave a raft of new strategic partners “the funding, flexibility, and confidence they need to build much needed affordable homes across the country”.

He said: “By forming strategic partnerships with a wide range of public and private organisations, we are creating the conditions needed for institutional investment to catalyse affordable housing supply”.

Mayor of London, Sadiq Khan, said the allocation showed his “relentless focus” on expanding council housing was “paying off”, with the deal seeing more than half the homes being funded at social rent levels built by councils.

“All Londoners deserve a safe, secure home with enough space to live comfortably, and private outside space to enjoy fresh air. I want to deliver a new generation of genuinely affordable housing in London that sets the standard nationally when it comes to excellent design, safety and sustainability,” he said.

The GLA and the housing ministry have so far not responded to requests to provide details of the strategic partnership allocations agreed.