Scott will join Britain’s biggest housebuilder from his current role as chief financial officer as Countryside Properties. His start date has yet to be announced.

Scott joined Countryside in 2014 and served as financial controller and then chief financial officer. 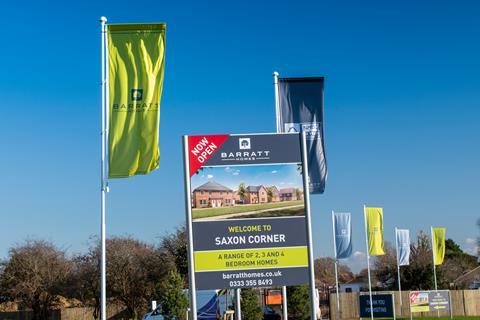 Before that he held a number of financial roles at retailer Sainsbury’s.

A Barratt spokesperson said Scott had overseen a period of “significant growth” at Countryside, including the group’s Initial Public offering in 2016 and the acquisition of Westleigh Homes in April 2018.

John Allan, chairman of Barratt, said: “Mike has a deep understanding of the housebuilding industry and we are delighted that he has agreed to bring his very relevant financial and operational expertise to Barratt.

“Mike will work closely with our experienced management team to reinforce Barratt’s position as the country’s leading housebuilder, whilst driving further value creation through a continued focus on our medium-term targets.”

Scott said: “I look forward to working with the Barratt team as we continue to deliver operational improvements across the business, whilst maintaining industry-leading standards in sustainability, quality and service.”

Barratt has been searching for a new CFO since the housebuilder announced the surprise departure of Jessica White in March. White, who had been with Barratt for 16 years and was promoted to CFO in 2017, is leaving the company next month for undisclosed ‘personal reasons’.