Together boosts surplus despite £4.7m write down

Together Housing Group increased its surplus by 5.4% despite a reduction in market sales income and a £4.7m write down after a revaluation of stock. 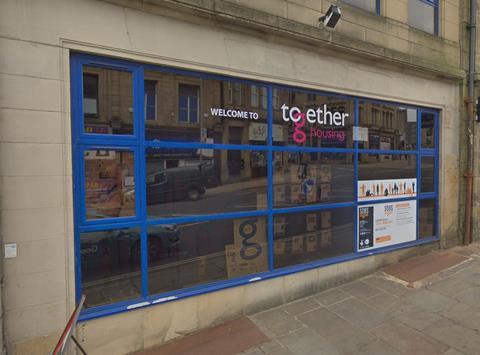 The surplus increase comes despite a £4.7m impairment loss following the revaluation of 93 of its homes.

The accounts said: “The group has reviewed the carrying value of housing stock and components. This is based on an assessment of a number of factors relating to the cash generating units (CGU) such as void levels, sustainability of unit for future cash generation and any planned demolition.”

Despite this, the group posted a higher surplus as its shared ownership first tranche sales turnover jumped 79% to £9.9m. Its social housing rent and service charge income increased by nearly £4m to £147.9m in total, following the group’s rent increase of 2.7% after a government-imposed four-year rent freeze.

Together built or acquired 305 new homes in the year, down from 392 the previous year.

See also: Housing association accounts 2020/21: coverage all in one place