Specialist first time buyer developer Pocket Living has fallen to a pre-tax loss of £18.9m after the business encountered build and planning problems on a number of its developments.

In accounts for the calendar year 2021, published on Companies House, Pocket Living Ltd, the London-based developer of “affordable” small homes, reported the group loss on revenue of just £17.6m, down almost 70% from £56.2m the year before. 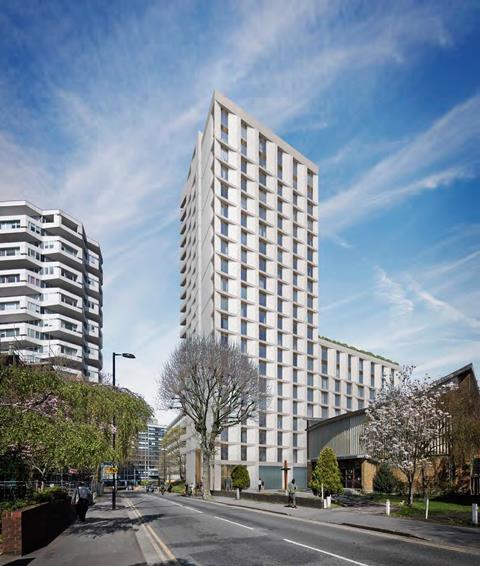 Pocket has recorded a loss of £11.8m on the Addiscombe Grove scheme in Croydon, south London

In comments contained in the accounts statement, the company’s co-founder and CEO, Marc Vlessing, said that recent trading conditions had been challenging, including as a result of the pandemic, with “labour shortages and rampant cost inflation”.

The loss for year includes the effects of a £10.3m “impairment charge” taken in the year due to the impact of issues related to four individual schemes.

The statement also revealed the Group is in discussions with its majority shareholder, Related London Pocket Holdings Ltd – a firm owned by businesses controlled by US real estate magnate Stephen Ross – about a “restructure” of “both current and future investor loans”, after the statement revealed a net deficit of £22.4m in Pocket’s balance sheet.

The bulk of Pocket’s £10.4m write-down came from a £7.7m charge recorded on one scheme, Addiscombe Grove in Croydon, a 153-unit modular-build project with housing association Optivo that was ultimately delivered in March this year, two years late. The accounts said this delay resulted in a “significant increase in finance costs” resulting in a total scheme loss of £11.8m, of which £4.1m was charged to the business in the 2019 accounts, and £7.7m in this latest year.

Pocket did not say what caused the delay to the scheme, which was started on site in March 2018, and which Pocket said at the time would be built using modular technology “in a quicker, less disruptive manner.”

A further £1.3m charge was taken on the 78-home Harbard Close scheme which was originally being built out by contractor Shaylor before it fell into administration and had to be replaced by McLaren. Pocket’s account said this resulted in “a previously profitable scheme becoming loss-making”.

The final £1.3m of impairment charge to the accounts resulted from abortive costs for two schemes which the business was unsuccessful at achieving planning for. 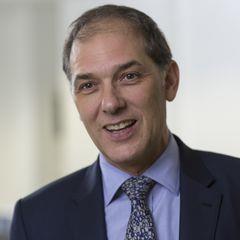 Speaking to Housing Today, Marc Vlessing (pictured, right) admitted the accounts reflected a “particularly difficult” period for the business given the problems at Addiscombe Grove, but that the firm remained “solid” and “much needed and much wanted and respected”. He said the drop in turnover reflected the delays to the delivery of the Addiscombe Grove and Harbard Close schemes.

“We have a very clear brand, and a very good proposition, and everybody wants the product. [But] There will be some rough patches and there will be some bumps on the road,” he said. “I would say we’ll look back upon the last four years of being a particularly difficult vintage for our company.”

Vlessing refused to name the contractors involved in delivering the scheme, but said they were new partners that Pocket hadn’t used before.

He said: “You open relationships with new contractors based upon a certain level of trust. I would say that the trust that we placed in those operations was not returned.”

Housing Today understands, from publicly available information, that the main contractor on the project was the Pickstock Group, and the modular supplier was Elements Europe. In a joint comment from the two firms, Simon Underwood, CEO of Elements Europe, which is part of the Pickstock Group  said: “The substantial delays were within the main contractor’s [Pickstock’s] critical path and the impact of Covid.

“I believe many things were suggested to reduce this delay including an alternative cladding solution that would have sped up the schedule significantly, but this was not embraced by Pocket Living.

“Elements Europe’s modules were delivered early on in the construction phase and did not form part of the substantial critical delay.”

Pocket’s accounts statement said that Pocket was “currently in discussions” with its majority shareholder Related Pocket Holdings Ltd over a debt for equity “restructure” that was “likely to result in a mixed debt/equity funding structure which will convert part of the current inter-company debt to equity”.

Pocket’s accounts said that when Related London’s financial position was taken into account, Pocket could be regarded as having a positive balance sheet of £24.5m. The accounts stated that Related has given assurance of financial support to the group for the foreseeable future, meaning auditors flagged no issues related to Pocket’s ability to continue as a going concern, despite the balance sheet deficit.

Vlessing told Housing Today the conversations with Related London should be regarded as a financial “reset” which will allow the next stage of growth at the firm, rather than a restructure to rescue it. He said the firm could live with its current balance sheet position, but that it wanted to improve it in order to attract new investment. “We could easily just live with that for years to come,” he said.

“The problem is growing and attracting the next layer of capital when you’ve got a deficit, as a result of literally one big scheme going wrong,” he said. “Then, if you don’t, reset the capital structure, lenders will look at your balance sheet and say ‘until that problem is resolved, we’re not going to lend as much money to you as we were before’, so you can’t grow.

“The company is absolutely solid, well founded, well supported, and we just need to present a balance sheet to the outside world which reflects the growth ambitions that we’ve got.”

Notwithstanding the problems identified with the Addiscombe Grove and Harbard Close schemes, the accounts statement said that the underlying performance of the business had otherwise been in line with expectations, with three planning consents achieved in 2021, and four further consents secured in 2022 so far.

The statement added that the business expected that the current financial year will also be loss-making, before the firm returns to profitability in 2023-25 as “the majority of our committed pipeline sales come on to the market”.