A developer of quality small homes for first time buyers in London, Pocket Living, has announced plans to expand outside of the capital for the first time.

The much-heralded £56m-turnover firm made the announcement as it revealed it had secured more than £20m of funding to allow its 90-bed Forest Road development in Walthamstow to go ahead.

Pocket said the funding deal, which was made up of a £16.5m loan from Barclays plus a £4.3m equity investment from social impact investor Housing Growth Partnership, represented a blueprint by which it could grow the business outside London.

Pocket has built nearly 1,000 homes in the capital since it was set up in 2005, building up a name for creating smartly-designed homes in London that keep costs low for first time buyers by limiting flat sizes, without sacrificing quality.

The Waltham Forest scheme (pictured below) includes 90 one-bed homes to be made available at a 20% discount to first time buyers living or working in the borough. 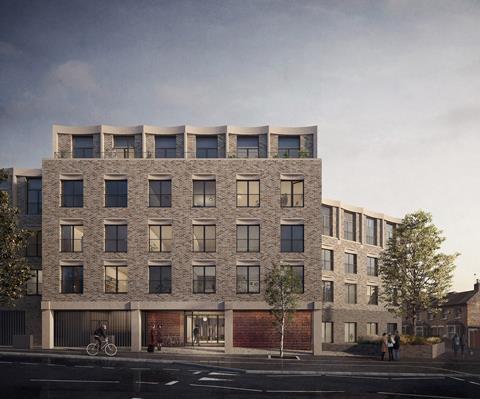 The firm said in a statement it believed there was “significant demand for its product in cities experiencing similar affordability issues” to London, and that diversifying its funding could enable it to expand to meet demand.

Paul Rickard, chief financial officer at Pocket Living, said: “Pocket has a successful track record, but we know there is still more to be done. HGP and Barclays share this commitment to meeting the housing needs of city makers and this funding deal provides a blueprint that can lead to a significant increase in the delivery of affordable homes both in and out of London.”

Ian Foster, relationship director at Barclays, said: “We have followed the Pocket story for a number of years and are pleased to have been able to support them with the lending on this ambitious new development.”