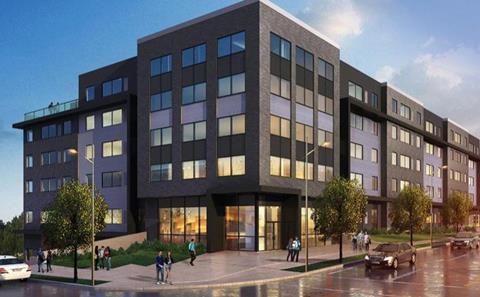 New firm Impact Capital Group, which said it has £100m in financial backing, has already secured a development site, Rom Valley, in Romford, Essex, on which Lesko homes will be rolled out.

The business said modular homes are suited to benefit in the context of the covid-19 crisis, with the Lesko factory remaining fully operational during the lockdown.

Impact Capital has been started by property developer and former aAIM founder Robert Whitton, who will chair the business, with Nick Shattock appointed as development CEO. The son of Lesko Modular’s founder, James Pleszko, is to be chief executive of Impact’s modular housing arm.

Lesko Modular builds modular homes and glamping pods made from hot rolled and light gauge steel frames in two factories in Peterborough, with existing capacity for building 1,500 modules per year. It is also the builder of ZEDPods, which emerged from the BedZED concept pioneered by architect Bill Dunster.

However, according to accounts for the 12 months to November 2019 just filed at Companies House, the business made a loss of £2.6m in the period, and had a negative balance sheet, with the value of its debts and liabilities £2.7m more than the value of its assets.

As a small company, it did not set out its revenue for the period. Impact did not reveal the price it paid for Lesko.

Impact Capital said the Rom Valley site, for which it paid £16m, has a development value in excess of £350m. The purchase was funded, it said, with the backing of “a private family office that has committed £100 million”, which with additional borrowing will allow it to assemble an extensive development pipeline for the group.

Robert Whitton, founder and chairman of Impact Capital Group, said: the firm was “ripping up the rule book” by using precision engineering to provide new homes. He said: “Our vision is to create a sustainable housing model which will help to revive underutilised sites in Britain’s cities and towns. There is a housing emergency in the UK and new quality and affordable homes are urgently needed for both rental and sale.

“The current public health crisis has also shown us the urgent need for a new way of building in the UK, clearing away years of environmental damage, inefficiency and outdated practices.” 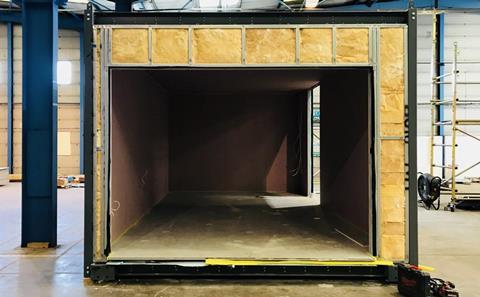 Nick Shattock said the regeneration of major sites had been “held back” by the failure to use modern methods of construction. He said using modular would give the business more certainty on the cost of delivery, allowing it to form a tighter construction team with quicker build out. “Owning a modular production capacity allows us to create the synergy of a bespoke product and the certainty of pipeline that has held back several other modular businesses.

“We will also become a construction manager, capturing more of the value chain, with increased margins from on site efficiency and standardisation, assuring greater quality and less waste.”

The deal secured the backing of the government’s MMC Champion, Mark Farmer, who said he was “delighted” that Impact Capital had acquired Lesko. “Forward thinking investors and developers innovating their delivery solutions are an increasingly vital part of diversifying the homebuilding sector and modernising its archaic ways,” he said.

“Having a fully vertically integrated platform spanning land acquisition and planning right through manufacturing to building operations also means Impact’s destiny is in its own hands which is an important criterion for success in the emerging UK modular homes market.”