A consortium of housing associations will this month kick start a hunt for modular housing manufacturers to join a framework designed to oversee delivery of thousands of factory-built homes.

The Building Better initiative, working with procurement partner Procurement for Housing, will send out an invitation to tender to modular manufacturers this month with an initial three projects up for grabs for those selected. 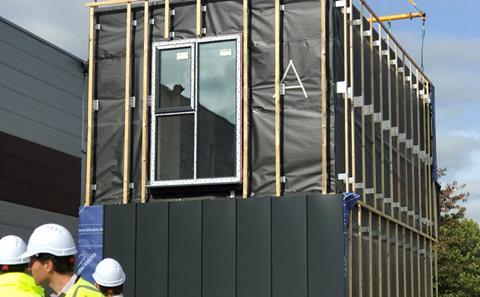 Trina Chakravarti, project director of the initiative, which emerged from a modern methods of construction pilot scheme run by the National Housing Federation and is supported by consultant Cast, said it was looking for three volumetric offsite housing manufacturers to sit on the framework.

The initiative is designed to act as a broker between medium-sized housing associations and offsite manufacturers which can aggregate demand for products and thereby give manufacturers the confidence to gear up production.

Chakravarti said the 12 housing associations within the Building Better grouping had indicated that they will be willing to put 800 homes through the framework in its initial stages. The associations together have a development pipeline of 30,000 homes over the next five years, of which they anticipate 4,500 will be constructed using modern construction methods.

Chakravarti said the ambition was to conclude the procurement by the end of March 2021, and to have works on site underway on five schemes by the end of next year.

The news comes after Building Better this week published a vision document setting out its ambition to drive adoption of modern methods of construction among housing associations by offering quicker build and reduced ongoing operating costs.

Chakravarti said that manufacturers, once on the framework, would not have to engage in further competitions to win individual contracts. “We’re conscious, as one manufacturer said to me, that some frameworks are all frame and no work. But by playing a triage role we can hopefully give a consistency of flow of work, while making sure smaller housing associations can play in this market.

The news also follows the government’s announcement last month that it will use its £11.5bn affordable housing programme to drive adoption of modern construction methods (MMC), with large housing associations who are delivery partners being required to deliver 25% of homes via MMC. Last week a report co-authored by the government’s MMC champion, Mark Farmer, called for government commitment to a 75,000 a-year MMC home building programme.

She said: “We see a whole group of medium sized housing associations who are all really ambitious but for whom this is hard to do when they have to drive efficiency. It would be a shame not to support it.”