Michael Gove has said he is ‘disappointed’ housebuilders have not come forward with a fully-funded plan to fix fire safety issues in tower blocks and repeated his threat to use legislation to force them to pay up. 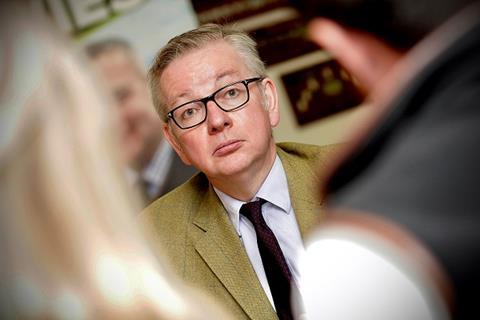 The housing secretary, in a letter to the Home Builders Federation(HBF) rejected the latter’s compromise offer, under which housebuilders would only carry out critical works on buildings they have developed and hand back Building Safety Fund cash.

Gove said: “I am disappointed to see you have not proposed a funding solution to cover the full outstanding cost to remediate unsafe cladding on buildings 11-18 metres.

“I will therefore ask you to continue to work intensively with my officials in the coming weeks to agree a fully funded plan to fix unsafe buildings by the end of March. As part of this process, I expect developers to make public commitments.”

He said that if an agreement is not reached by the end of this month government will “impose a solution in law”. The government has tabled amendments to the Building Safety Bill which would allow it prevent housebuilders building out schemes, even those with existing planning permission, for purposes connected with building safety. The amendments, which were agreed by a committee of the House of Lords last week have been criticised as ‘draconian’ by some in the industry.

The HBF has said it is unfair for UK housebuilders to shoulder the whole cost, when many of the blocks were built by overseas developers through shell companies , investment vehicles or landowner interests.

The HBF believes Gove’s £4bn figure for remediating blocks 11 to 18 metres in height is too high and has hired a forensic accountancy firm to produce what it says will be a more accurate estimate.