Housebuilders have made an offer to Michael Gove to pay for some fire safety remediation costs as part of a compromise deal.

Stewart Baseley, chair of the Home Builders Federation, has set out a suggested offer in a letter to the housing secretary released today.

Under the terms of the proposed deal, housebuilders will fund remediation on buildings over 11m in height dating back to 2000. They would only fund work on buildings they have developed themselves and only fix issues deemed necessary to fix “critical fire safety issues”. 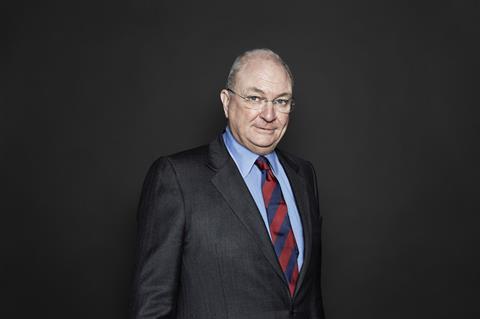 Baseley said HBF members would also withdraw from using money from the Building Safety Fund to fix blocks over 18m in height. Where owners of buildings have already applied for funds from the BSF, the housebuilder that built the block will reimburse the fund if the work is critical for fire safety reasons. The HBF believes the resulting extra money in the BSF could then be used to pay for remediation of buildings developed by overseas developers.

The HBF is not at this stage putting a likely figure on the amount of extra money housebuilders will pay to fix cladding costs through the compromise deal. However, as it only applies to buildings developed by the housebuilders and only for fire safety critical issues, it is understood to be substantially less than the £4bn suggested by Gove.

The HBF has serious doubts about the accuracy of the £4bn figure to fix buildings of 11m to 18m and has hired a forensic accountancy firm to “establish a realistic picture of the remediation requirement.” The HBF estimates UK housebuilders will pay £3bn under the residential property development tax from April, and not £2bn as estimated by the Treasury. Baseley said HBF members had already committed or spent £1bn remediating buildings.

Baseley said the HBF offer was conditional on all components being agreed and on a public commitment from government not to make further calls on housebuilders regarding fire safety works.

The government would also have to finalise and implement “the requirements of building safety as set out in the EWS1 and PAS systems”, Baseley said.

He added that it was important to ensure the remediation work is focused on building fire safety “and not used to provide extraneous upgrades for building owners.”

Baseley said: “Only with ongoing support from government and a clear commitment to work with the industry in its broadest sense, including surveyors, building owners, lenders, insurers and product manufactures over the coming weeks can we turn our proposal into a fully practical solution for leaseholders.”

The Department for Levelling Up, Housing and Communities has been approached for comment.

Interested in building safety? Why not register to attend Housing Today Live!

On 24 March we will be running sessions that explore not only issues surrounding building safety, but also housing delivery and the decarbonisation challenge.

You can take a look at the agenda, register for free and discover who’s speaking here.