Redevelopment will be largest in Peabody’s 158-year history

Five design teams have been shortlisted to masterplan a huge £8bn regeneration project in south-east London.

They include Stirling Prize-winning practices such as Alison Brooks and Mikhail Riches as well as established masterplanners Allies & Morrison and Tibbalds.

The 250-acre scheme, known as Thamesmead Waterfront, is set to provide at least 11,500 new homes plus commercial and leisure space across more than a mile of undeveloped river frontage at the sprawling estate made famous by the film A Clockwork Orange. 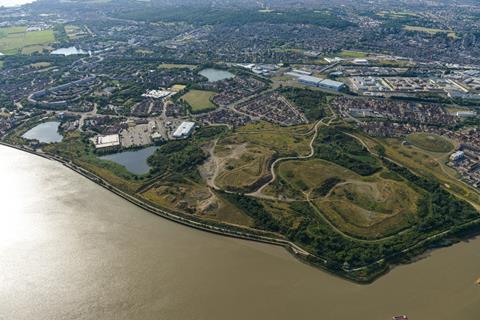 A competition winner for the site will be named in April

The shortlist (see below) includes five teams, with each made up of a number of firms.

Thamesmead Waterfront Joint Venture, a partnership between Peabody and Lendlease set up in October 2019 to spearhead the project, said the scheme would be an opportunity to create a “new and exceptional place for a post-pandemic future”.

It will be the largest project in Peabody’s 158-year history.

The JV called for “visionary and strategic masterplanners” to apply for the two-stage competition.

The competition, which is being run by Colander Associates, is expected to appoint a winner by April.

Peabody, which operates more than 66,000 homes across the capital and the south-east, took over the Thamesmead estate six years ago.

Built in the 1960s, the housing scheme is home to 45,000 people and was used as a setting for Stanley Kubrick’s 1971 film of Anthony Burgess’s novel.

Lendlease beat Morgan Sindall to be named preferred bidder for the work in February last year, Peabody having begun its search for a development partner in October 2017.