Council leaders have joined with internal Tory party critics in condemning the government’s formula to calculate the number of new homes needed in local authorities.

The Local Government Association said the formula, announced in a separate consultation alongside the launch of the Planning for the Future white paper last month, will prompt a boom in housebuilding in the south of England while ignoring the need to “level up” the country by promoting growth in the north. 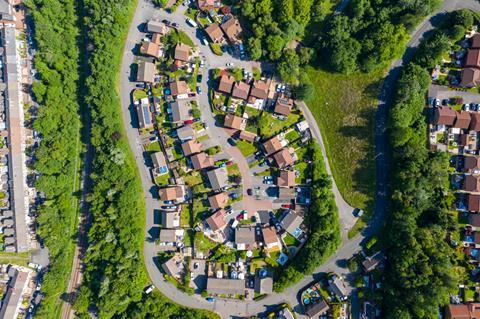 It said that under the new “standard method” for calculating housing need, the highest percentage increase in new homes growth – compared to the current formula – will be in the Midlands and the South, with lower growth rates in northern regions.

The formula will see the requirement for homes increase by 161% in greater London, 287% in Brighton and Hove, 294% in Dover and 194% in Tunbridge Wells. In comparison, proposed housing targets for the north east are 28% lower than the amount already being built, while the equivalent figure for the North west is 8% and in Yorkshire and the Humber 6%.

In addition, it said growth will tend to be focused in rural rather than urban locations, with average growth compared to current formula of 59% in rural councils, compared to a 20% increase in major urban areas.

The findings of the analysis by the LGA echoes criticisms of the new formula made by Tory backbenchers, including Harborough MP Neill O’Brien, who wrote an article on the issue for the Conservative Home website. There have already been reports that ministers are reviewing the planned formula in the light of concerns, despite it having been launched just weeks ago.

The standard method formula is designed to set a figure for housing need, upon which councils are then expected to base the official local housing requirements in their local plans. However, under the government’s wider planning reforms, a central government formula will ultimately directly set local authority housing requirements.

Cllr David Renard, LGA housing spokesperson, said the formula meant some parts of the country will see targets doubled while others in the north will see housebuilding plans “bulldozed”, and welcomed the fact “ministers have indicated that they are willing to listen and work with local government to get this right.”

If it proceeded unchanged, he said, it “seriously jeopardises any ambition to level-up the country.”

“Algorithms and formulas can never be a substitute for local knowledge and decision-making by councils and communities who know their areas best. When decisions about housing need and developments are made locally, wider issues can be considered, such as ensuring they come with necessary infrastructure and affordable homes,” he said.

A spokesperson for the housing ministry said in a statement that the LGA’s fears were “unfounded”.

“The current formula for local housing need is inconsistent with our aim to deliver 300,000 homes by the mid-2020s. We are consulting on each element of the indicative formula and will reflect on the feedback we receive so that we can build the houses that are needed for the next generation.

“As under the current system, local housing need will only be the starting point in the process of planning for new homes and councils will still need to consider local circumstances to decide how many homes can be delivered in their areas,” the spokesperson said.