A formula designed to set housing targets under the government’s revised planning system is being reviewed just three weeks after it was launched in reponse to a backlash from Tory MPs, according to reports.

The Spectator and Times reported that ministers are going back to the drawing board after it emerged that many towns and cities across England will see a significant fall in the number of new homes built, while causing housebuilding to boom in predominantly Tory-controlled areas outside of urban centres. 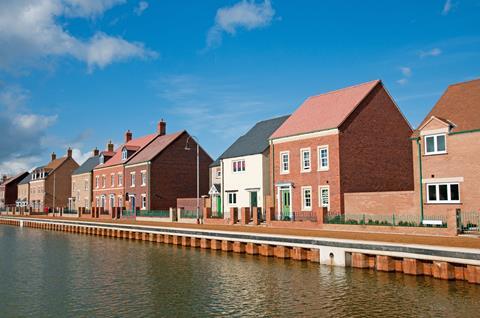 The government is bracing for a backlash from Conservative backbench MPs ahead of the new rules heading to parliament this autumn, with one MP telling the Spectator: “If you think A-levels were bad, wait until people get their heads round these reforms.”

The Spectator reported that “At the top of the housing ministry there is an acceptance that a more refined formula is needed”.

Under the reforms, a new formula has been devised to divvy up a national housing target of 337,000 new homes a year between local councils, which will be required to earmark enough land to meet the target.

However, MPs are concerned that algorithm results in a reduction in housing targets in many cities - London excepted - while the surrounding district authorities will be expected to absorb huge increases in targets. This means the formula is likely to focus growth in Conservative-voting constituencies.

On Tuesday Harborough MP Neil O’Brien used a column in the Conservative Home website to speak out against the new formula.

According to analysis by planning consultant Lichfields, the new formula will lead to levels of housebuilding plunging by 32% in Leicester while rising by 70% across the rest of Leicestershire. In Nottingham the firm says new homes would increase by 30% compared with a 73% rise across Nottinghamshire, while housebuilding would fall by as much as 59% in Liverpool.

Meanwhile, new homes would fall below current levels in the North East, North West and Yorkshire and the Humber, while the number built in London would be nearly treble to 93,532 homes a year.

The formula, set to replace the existing “standard method” for calculating housing need is particularly important because, under the reforms proposed in this month’s planning white paper, the figure produced will changefrom being simply important advice which local authorities have to factor in when setting their local housing requirements, to being the actual requirement itself.

Peabody chair and former head of the civil service Lord Kerslake said in Housing Today earlier this month that the current planning system was “not the prime barrier to housebuilding” and warned that the government’s reforms would stymie the delivery of affordable and social housing.