Tory MP Neil O’Brien has become one of the first to break ranks with the government’s planning reforms by criticising the proposed formula for determining housing need in local authorities. 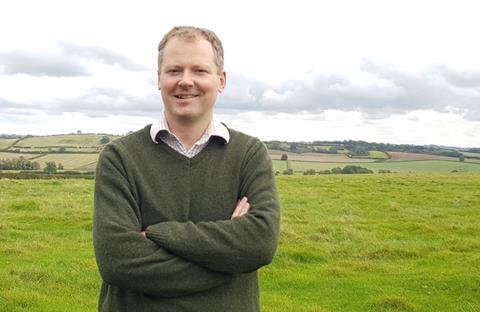 The backbench Conservative MP for Harborough, Oadby and Wigston (pictured, left) told the Times that the “strange” proposal risked seeing the housing requirement for some cities “stagnate” while the volume of new homes in shires and suburbs rose steeply.

His comments refer to the new proposed “standard method” for determining local housing need, laid out by the government at the start of this month alongside its wider reforms to the system, which will limit democratic involvement in individual planning application decisions.

His comments come after an analysis of the new formula by planning consultant Lichfields found that applying the new method will see the volume of homes needed in London and the home counties soar, while other regions of the UK will see their requirement to build stay at current levels or reduce.

In particular, however, the formula also suggests that for some cities, such as Nottingham and Leicester, the housing requirement will fall from current levels, while the requirement for homes in the surrounding towns and villages will rise sharply.

Neil O’Brien said: “Lots of our large cities have brownfield land and capacity to take more housing and it seems strange when planning to ‘level up’ to be levelling down their housing targets to rates even lower than they have been delivering. It would be quite difficult to explain to Conservative voters why they should take more housing in their areas to allow large Labour-run cities near by to continue to stagnate rather than regenerate.”

His comment come amid much speculation that the raft of planning reforms unveiled earlier this month could face stiff opposition from some Conservative MPs in rural areas keen to prevent widespread housing development.

However, while Tory Cotswolds MP Sir Geoffrey Clifton-Browne criticised the proposals on the day they were launched, since then there have been few signs of Conservatives being willing to criticise the government over the plans.

The plans, which will see the introduction of a form of zonal planning in the UK, will force local authorities to zone all land as either for growth, renewal or protection within two and a half years. Land in growth areas will be subject to automatic outline permission.

Many in the development industry have welcomed the reforms, albeit many have voiced concern over the ability of local authorities to deliver the required new plans in the timeframe. However, many have also criticised the reforms, with the Riba branding the proposals “shameful” and the Labour Party calling them a “developers’ charter”.

Writing in Housing Today, the chair of Peabody and former chief executive of Homes England predecessor the HCA, Lord Kerslake, said the plans risked a return to mono-tenure estates and would not see the volume of housebuilding increase.

Launching the white paper at the start of the month, housing secretary Robert Jenrick (pictured, right) said the “once in a generation” reforms would “cut red tape” and “lay the foundations for a brighter future, providing more homes for young people and creating better quality neighbourhoods and homes across the country.”

The proposed new method for calculating housing need will see each local authority required to build a certain amount of homes based on a formula which uses the existing number of homes in the areas as a starting point, requiring a proportionate uplift. It then goes on to factor in projected population growth and relative affordability so that areas with the highest demand see relatively higher figures.

According to Lichfields, the new standard method for calculating housing need will see the requirement for new homes in Leicester fall by 32 per cent, compared with a rise of 51 per cent across Leicestershire, while in Nottingham housebuilding would fall by 22 per cent, but for the rest of Nottinghamshire it would rise by 38.7 per cent. In Liverpool, too, the number of new homes would fall by 59 per cent.

A spokesperson for the housing ministry told the Times that O’Brien’s concerns were “inaccurate”. “Our proposals will increase the supply of land available for new homes where it is needed,” the spokesperson said, adding that decisions over which areas to target for homes would be made “locally”.