Berkeley has appointed Michael Dobson as its new chair.

The £1.2bn-turnover housebuilder announced the appointment of Dobson, formerly chair of investment giant Schroders, in a statement to the stock market this morning. 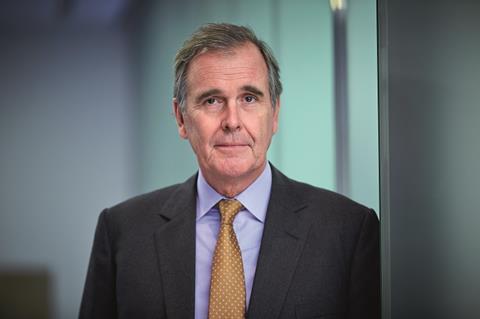 Dobson replaces Glyn Barker, who has served as an interim chair for a two-year term following the death of founder and previous chair Tony Pidgley in June 2020.

Dobson, who takes the hotseat on 7 September, recently served for six years as chair of Schroders and has 40 years of experience in the city, also holding leadership roles at Deutsche Bank and Morgan Grenfell.

Diana Brightmore-Armour, senior independent director at Berkely said: “Following a comprehensive recruitment process, we are delighted to welcome Michael to the board. He has a wealth of experience and the right skills to lead the board of Berkeley into the future.”

Dobson said: “I am delighted to have been given the opportunity to be the new chair of Berkeley. It is a business I have admired for many years and I look forward to working with [chief executive] Rob Perrins and the board to oversee the next phase of Berkeley’s development.”

Berkeley, which focuses mainly on regeneration sites in London and the south east, in December raised its profit forecast for 2021/22 by 5% following stronger than expected growth. The firm reported pre-tax profits of £291m for the six months to 31 October, 5% higher than in 2019 pre-pandemic. It now expects earnings to grow 5%, after initially saying pre-tax profit for 2021/22 would remain at last year’s level of £518.1m.

In August, Berkeley announced plans to raise £400m to build low-carbon homes through the issuing of a green bond.