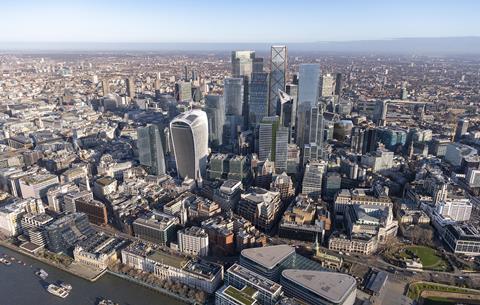 Affordable housing starts in the capital rose 41% in the year to March 22, according to statistics released by the Greater London Authority today.

The London mayor Sadiq Khan said the starts figures were “record-breaking” and that the starts were the highest since records began in 2003.

City Hall praised councils and housing associations for delivering homes despite disruption from the Covid pandemic and Brexit, including a labour shortage and soaring construction costs.

Khan said: “I am delighted to be able to announce that record-breaking numbers of genuinely affordable homes are being built in London.  Fixing the housing crisis is an enormous challenge, but these latest figures show that even in the face of the pandemic, Brexit and soaring construction costs, we are continuing to turn the tide.”

Nearly 10,000 homes started in the last year will be available at social rent levels – the highest annual figure in the last decade, the GLA said.

The mayor is calling on the government to give him greater powers and resources to allow the delivery of increased numbers of affordable homes.

He and his deputy mayor for Housing, Tom Copley, have lobbied ministers for additional grant funding for affordable housing in the capital. They also want the government to back council homebuilding as a key part of their Covid recovery plans and have demanded greater investment in construction skills and technology in the wake of Brexit.

Geeta Nanda, G15 Chair and Chief Executive of MTVH, said: “The rising costs of construction and other challenges mean that tackling the housing crisis is getting harder. We need to see a strong commitment from all involved to the future development of affordable homes in London.”