Demand for homes is rising at its fastest rate for more than four years, according to the latest data from RICS.

The institution’s monthly survey of estate agents found that a balance of +23% of agents reported growth in new buyer enquiries in January, the second month of growth following three years of almost continuous decline.

Demand increased in every region of the UK and the +23% index figure is the highest since the end of 2015. 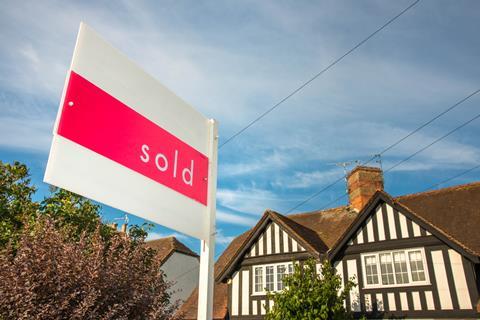 RICS said that agreed sales, new vendor instructions and prices were all in positive territory, meaning that more estate agents reported rises than falls. At 21%, the index for newly agreed sales was at its highest level since 2014.

The vast majority of estate agents now expect house prices to rise over the next 12 months.

The figures come after RICS reported a December bounce in activity following the general election. Since then, housebuilders and mortgage lenders have also reported that the market was improving.

Allan Fuller of Allan Fuller Estate Agents in Putney, London, said: “A government with a massive majority and Brexit decided has brought buyers back into the market, Our sales have substantially increased in January, with values rising. People had been delaying decisions due to the massive uncertainty.

Simon Rubinsohn, chief economist at RICS, said the survey results pointed to continued improvement in market sentiment following the pick-up in the aftermath of the election.

He added: “The rise in new sales instructions coming onto the market is a noteworthy and much needed development, given that the lack of fresh listings over the past few years had pushed stock levels to record lows.

“It remains to be seen how long this newfound market momentum is sustained for, and political uncertainty may resurface towards the end of the year. But, at this point in time, contributors are optimistic regarding the outlook for activity over the next 12 months.”