Private housing was the only sector within the construction industry to see a drop in new work as activity generally bounced back in the three months to November 2019, according to the latest Office for National Statistics figures.

Overall output increased by 1.1%, compared with the previous three-month period, driven mostly by a 1.6% growth in new work.

While private housing construction work fell 0.4% over the three months, it recovered in the month-on-month statistics, increasing by 4.6% in November 2019. 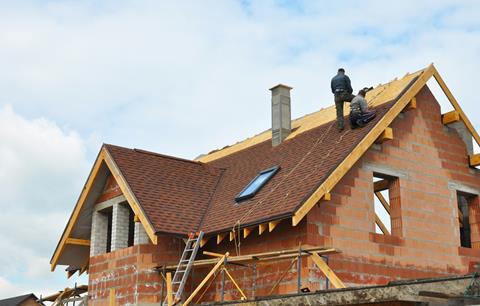 The largest positive contributions to the overall figures came from new infrastructure and private commercial work, which grew by 3% and 1.8% respectively.

Simon Rawlinson, head of strategic research and insight at Arcadis, said analysis of the data showed that 2019 had been a strong year compared with 2018.

But Brian Berry, chief executive of the Federation of Master Builders, said the industry must be prepared for the positive trend to end.

“It is too soon to tell whether this will be a longer-term trend, as some sectors such as private house building and repair and maintenance continue to see sluggish growth,” he said.

Monthly construction output increased by 1.9% in November, recovering from the 2.2% fall in October, with the increase representing the largest monthly growth since January 2019, when output grew by 2.4%.

The ONS said it had received anecdotal information that output in October had been affected by adverse weather as large parts of the country were hit by heavy rain which saw sites flooded.

It said: “Although it is difficult to quantify the exact impact on the industry, output in November 2019 has partially recovered following this.”

Gareth Belsham, director at consultant Naismiths, said the convincing election result would lead to stronger activity in the coming months.

He said the question was now how long the so-called “Boris bounce” would last and whether the industry had the capacity to deal with increased workloads.