US private equity giant Lone Star has put its sale of Wembley Park developer Quintain on hold amid the worsening economic environment brought on by the covid crisis.

A source close to the firm confirmed reports the private equity firm, which is separately in the middle of purchasing retirement housebuilder McCarthy & Stone, has paused conversations over a potential £3bn sale of the firm. 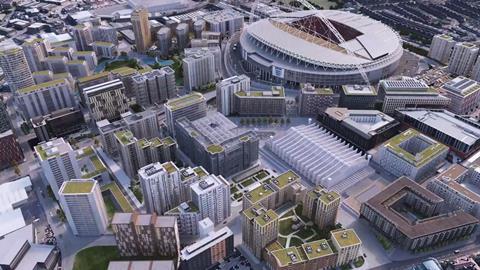 Last year Lone Star appointed investment bank JP Morgan to advise on a sale after receiving unsolicited approaches to buy the Wembley developer, which was due to undergo a refinancing.

Housing Today understands discussions over the sale were discontinued over the Christmas period, despite good initial offers for the business, because of the grave uncertainty in the market.

Quintain is also understood to have in recent weeks managed to conclude an £800m refinancing package with its existing lenders, meaning it is able to carry on building out the 8,400-home north London mega project for the foreseeable future.

Lone Star did not comment on the story directly, however, a spokesperson for the company said: “Lone Star looks forward to continuing to work with the Quintain team to deliver on the next development phase for Wembley Park – with an another 850 units already under construction.”

In September last year Quintain set up Quintain Living to own and manage the 1,969 homes for rent already built on the regen site, as well as the ongoing pipeline of over 6,000 still to be constructed.

Lone Star is expected to complete the £647m acquisition of retirement housebuilder McCarthy & Stone later this month after receiving the backing of shareholders in a close-run vote in December.