RICS has urged the government to invest more in MMC to avoid a post-covid housing shortage.

In a new policy paper, RICS said that the government should support local authorities and housing associations to help drive the uptake of MMC.

Financial incentives to encourage the construction of MMC factories in high unemployment areas as part of the government’s industrial strategy would help the sector dodge a housing slump during the current economic conditions, according to the report.

RICS policy manager Tamara Hooper said: “The new normal is an opportunity to innovate and ensure that we don’t just build houses but build homes that can meet green targets and net zero ambitions, utilising new technology and delivery mechanisms that provide jobs of the future.”

The report also warned that there needs to be a “programme of consumer education” to encourage homebuyers to purchase homes built using MMC, which they may not understand. 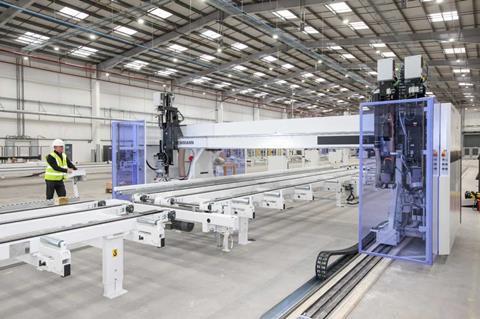 An MMC factory in Warrington

It said: “There is still consumer resistance, with an abiding image of post-war emergency housing rather than the reality of 21st Century technology delivering better quality, safer, and far more cost-effective homes at the same or, with upscaling, at lower cost.”

Another measure recommended by the report as a way to survive the downturn is creating a new land classification known as “Amberfield.”

The term would refer to brownfield land which is ready to be built on without the need for cleaning up or decontamination, allowing for quicker development than is usually expected with brownfield sites.

The report said that while both brownfield and greenfield play an important role in the current planning system, both classifications block or slow development, and local growth is being impeded by extensive battles to bring forward land. Amberfield land would speed up the process and take out cost for both developers and local authorities, according to the report.

It said: “We do not support these announcements and believe that the very real opportunity to ‘Build Back Better’ is not being taken when it comes to new homes through PDR.”

It added that the government had not addressed many of the issues around permitted development rights and substandard homes, many of which were pointed out in MHCLG’s own research into PDR.

“While new houses are in theory welcome, they must be suitable as homes within the communities where they are being built. The UK must build back better now, not build and fix later letting those who will live in these converted homes suffer in the meantime.”