Inland Homes has increased its annual turnover by 46%, but pre-tax profit remains at half its pre-pandemic level after it was hit by £3.5m of unexpected costs.

The brownfield regeneration specialist, reporting results for the year to 30 September 2021, saw revenue of £181.7m, up sharply on the £124m recorded last year in the midst of the pandemic. Pre-tax profit rebounded to £13.2m from £3.4m but is still only slightly more than half the £25m reported before the pandemic.

The group said its gross profit margin on its housebuilding and partnerships businesses remained ‘unsatisfactory’. 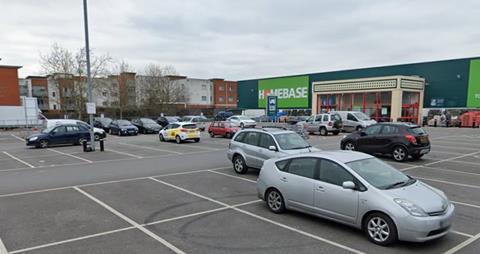 Inland previously reported in November that it had been hit with £3.5m of unforeseen net additional costs relating to a single partnerships contract covering one development site.

The group wrote off £500,000 due to aborted land transactions and has made a provision of £3.4m for expected future cost-over runs.

The firm said: “These costs were somewhat offset by £0.4m of additional revenue from higher selling prices achieved from the Group’s housebuilding sites.

“In common with many in the industry, the group has also experienced mid-single digit cost inflation, some of which has been mitigated by higher than forecast selling price of its new homes.

“There are, however, recent signs that some of the more pronounced price rises over recent months are beginning to subside.

“The industry has also witnessed some ongoing constraints in the supply chain and intermittent labour shortages. These factors have also impacted gross margins during the year and will continue to have an impact in the current financial year.”

As a result, the group’s overall gross margin reduced slightly to 17.6% down from 17.7% last year when the pandemic hit their activity.

The group’s revenue from partnerships grew 16.4% to £60.3m due in part to increased demand from build-to-rent operators. Inland Partnership’s forward order book grew 55.7% to £164.7m, due largely to two build contracts at its site in Walthamstow.

Inland’s asset management arm, which has six projects with the potential to deliver around 3,300 homes, increased its management fee income by 13.9% to £27.8m.

Planning approvals during the year include its 700-home scheme at Gardiners Park Village, Basildon, 583 homes at the former Homebase site in Walthamstow and 514 homes at Hillingdon Gardens, Hillingdon.

Inland Homes has a ‘key strategic aim’ of reducing its net debt and cut it in the year by 20.3% to £118.1m. This was achieved in part by reducing its land bank from 11,045 to 10,055 plots as it sold sites to ‘crystallise’ value from its existing portfolio. The group said however it will not pay a dividend to shareholders this year until further expected ‘significant’ reductions are made this year.