Council looking to find builders for part of an 1,000-home building programme

Housebuilders have until 7 September to express interest in a £19m deal to build two housing schemes in Cardiff.

Cardiff council is looking to shortlist five firms for the 20-month deal, which is part of a programme to complete 1,000 new homes in the city by the end of 2022.

The first scheme is a £9m development in Llanedeyrn, a north eastern suburb of the Welsh capital, consisting of 41 one and two bed apartments. 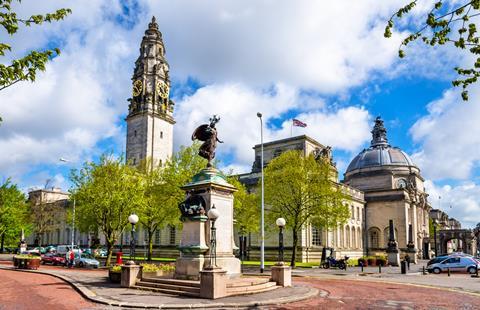 The second is a £10m scheme consisting of 60 one and two bed apartments in St Mellons, also in the north east of the city.

Firms are invited to bid for either or both projects, with the winning firm employed on a design and build contract.

The council said that all homes built for its programme, which is aiming to build 2,000 homes in total, would be tenure blind and mainly be affordable or for council rent, and for market sale “where appropriate.”

They must also comply with the Welsh government’s Development Quality Requirements as a minimum.

A 250 home scheme in the Lisvane area of the city is currently being built by Kier Living.