An Essex council which has already been put in “special measures” over the quality of its decision making has yet again delayed progress on its local plan.

Uttlesford Council, which since 2019 has been run by the anti-development “Residents for Uttlesford” party which was set up to campaign against previous local plan proposals, said in a statement on its website that a consultation on the new plan, expected this summer, has been put back until November. 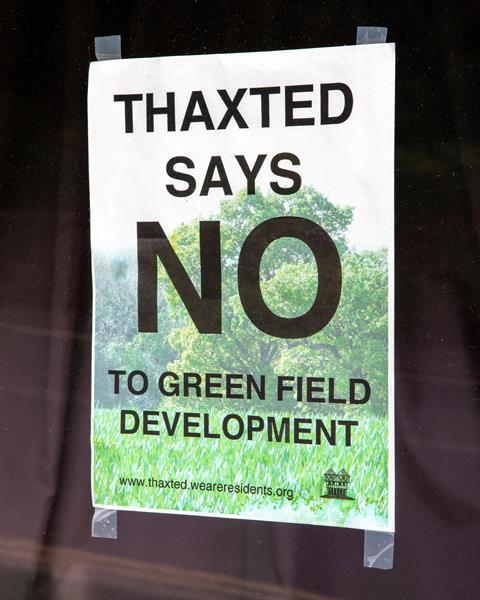 Residents in Uttlesford villages have campaigned against development

The delay means there is now no chance of the council meeting the government’s target, set by former communities secretary Robert Jenrick, for all local authorities to have local plans in place by the end of 2023.

The council had already said, in a statement issued in March, that it was likely that a summer consultation would mean plan adoption in 2024.

In a statement on the website the council said: “The Local Plan timetable has been amended.

“An additional option has emerged and the council requires more time to evaluate this so it can be considered in the plan context along with others.

The statement said the council wanted to ensure it got the forthcoming “Regulation 18” consultation right “in order to produce the best plan possible for the district.”

“This opportunity gives members and officers extra time to review all the potential sites and further evidence base ahead of the Regulation 18 plan being published for consultation, which will be in early November.”

The news comes in the wake of a raft of local authorities delaying, withdrawing or putting local plans on hold in the wake of the government’s equivocation over planning reform.

Last week Castle Point became the latest to withdraw its local plan, despite it having been found sound by an inspector.