Essex council Uttlesford has been placed into special measures by the government for the quality of its decisions on major planning applications.

The decision to designate Uttlesford, which means that the Planning Inspectorate (PINS) will take over decision-making at the council, comes after years of controversy over the district’s local plan, which saw a residents’ group take control of the council in May 2019.

The decision is in response to Uttlesford seeing a raft of major planning decisions overturned on appeal in the two years to March 2020, according to government figures. 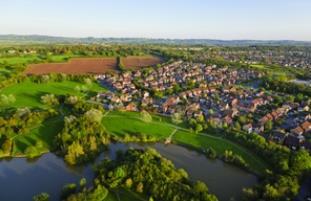 The designation means that not only does the council lose control of major planning decisions, but it also loses much of the fees accompanying those applications.

Announcing the designation, the government said the decision had been made on the basis of the quality of “decisions on applications for planning permission for major development”.

Under Section 62A of the Town and Country Planning Act 1990 the government can hand control of decision-making at local planning authorities to PINS if decisions are made too slowly, or if too high a proportion are overturned on appeal.

The data shows that nine of the 79 major planning applications considered by Uttlesford between April 2018 and March 2020 were overturned on appeal, which at 11.4% of all decisions is above the 10% threshold for intervention.

The designation notice said the housing secretary, Michael Gove, “considers that there are respects in which the local planning authority specified below are not adequately performing their function of determining applications for planning permission for major development”.

The authority will now remain in special measures until the designation is revoked. Under the system, any applicants for major or minor planning permissions can choose to submit their application to PINs to determine instead of the council.

Planning for new homes has been a huge political issue in Uttlesford over the last five years, with the former Tory administration overturned in 2019 by a residents group campaigning against the allocation of 14,000 new homes in the largely rural council’s new local plan.

After seizing power, the residents nevertheless decided to press ahead with the plan examination, hoping to argue down the housing numbers during the process. However, the plan was thrown out by the inspector in 2020 because the proposals for three garden towns in which the new housing was to be located were viewed as too vague.

In a statement, Uttlesford council responded by saying the decision was “very disappointing”, but said it was notifed by the government that intervention was possible in October last year, so had already commissioned its own independent expert peer review of the planning service, and had already put in place a “thorough and comprehensive improvement plan.”

The statement said the council will put together a response to the government’s letter over the coming days, and will also “recommit to making the substantial improvements necessary to its planning function, as set out in the peer review report.”

Editor’s note: This story was amended on 09.02.22 to add Uttlesford’s response