Castle Point council has withdrawn its local plan in a bid to protect “precious open spaces” in the Essex borough.

The council, which since 5 May has been controlled by independents, is ditching its 5,325-home plan and going back to the drawing board to build fewer homes. 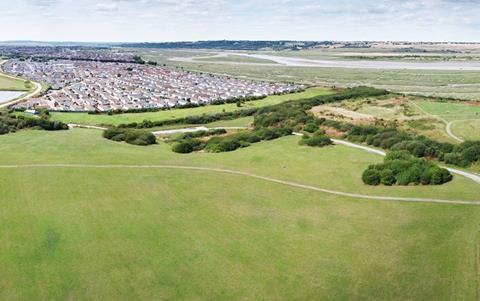 A council spokesperson said: “Although the plan had been found sound, the council will prepare a new local plan that better reflects the needs of the borough and protects precious open spaces.”

Officers said any impact on the greenbelt was outweighed by ‘significant unmet need’ for housing in the borough . They also pointed out the site was allocated for housing in the local plan, saying even though the plan has not been adopted the evidence underpinning it remains “valid”.

Annette Simpson, director of development and partnerships at L&G Affordable Homes, told the committee the land was not publicly accessible and therefore not part of the borough’s open countryside.

A spokesperson for L&G said: “In the midst of a housing emergency and an ever growing ‘cost of living’ crisis, we are disappointed that our new scheme at Hart Road did not move forward.

“With the average house price over 12 times local salaries in the borough, the scheme represents a fantastic opportunity to provide the community with 44 much needed new affordable homes, designed to achieve the highest possible Energy performance rating, EPC A. “

She said L&G would continue to work with planners to bring forward the development, despite the outcome.

Conservatives lost control of Castle Point in May to two groups of independents, the largest of which has pledged to rein in greenbelt development.

Castle Point is just one of at least 14 councils that have withdrawn or put on hold their local plans, according to Savills.

Local authorities are putting local plans on hold due to political uncertainty around the planning system following the introduction of the levelling up and regeneration bill to parliament. Others have have also been slowing up on local plans because of the government’s commitment to protect the green belt. In his party conference speech last October, Boris Johnson said houses should not be built on “green fields”.