Planning authorities are halting or revising their local plans before more details on policy changes that the Levelling Up and Regeneration Bill will bring are revealed.

The levelling up legislation, which went through its second reading in the House of Commons last week, is set to substantially alter the planning system. This is likely to include the way national housing requirements are worked out and set locally, which will dictate how local plans are drawn up. 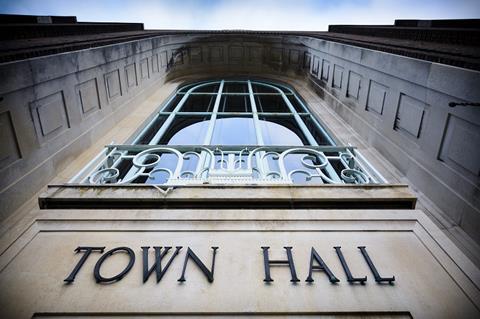 Savills has drawn up a list of 14 councils it knows have halted or are redoing their local plans (see below).

Councils will want to ensure they get their local plans right as the draft legislation says more weight will be given to them and there will have to be “strong reasons” given to override them. Savills has said over the past six to nine months it has noticed a trend of councils restarting or abandoning local plan production.

Councils have also been slowing up on local plans because of the government’s commitment to protect the green belt. In his party conference speech last October, Boris Johnson said houses should not be built on “green fields”. This creates added pressure on councils trying to ensure they meet their new housing targets as they try to help fulfil the government’s commitment to building 300,000 new homes per year in England.

Charlie Collins, planning director at Savills, said: “The substantive reform proposed to the planning system will always create some uncertainty and some delay, which some authorities, especially those with resource constraints, might be taking stock.

Dorset Council - has requested a two year extension from the housing secretary to allow more time for the plan to be developed.

Basildon - members voted to withdraw its emerging local plan from examination due to concerns about the level of green belt release and the levelling up white paper. However, plan withdrawal now paused due to senior officers’ legal concerns.

Castle Point - similarly to Basildon, members voted to withdraw its emerging local plan from examination due to concerns about the level of green belt release and the levelling up white paper.

Havant - says its revised local plan will be cleaner, greener and more environmentally conscious in line with its climate change and environment strategy.

Dacorum - the council approved a new plan timetable under which the draft document will not be submitted for examination until 2024, after the government’s December 2023 adoption deadline.

Hertsmere - members resolved to abandon its newly-published draft plan due to opposition from residents about the level of proposed green belt release.

Ashfield - has paused work on its local plan, while it waits for clarification on housing targets from the government.

Arun - paused work on its local plan to await proposed reforms to the planning system.

Mid Sussex - members voted to defer discussion of its draft updated local plan to await the outcome of any change in government policy.

St Albans - is considering pushing back the adoption of its new local plan by three years due to resourcing pressures.

Welwyn Hatfield - paused work on its local plan to await clarification on government policy, although work has since resumed.

Sheffield - has announced a 15-month delay to the adoption of its local plan, citing Covid and government changes to housing targets.

West of England - draft SDS likely to fail due to impossibility of reaching agreement between local authorities (who can veto).

East Hampshire - restart its local plan, which has been consulted upon for a four year period so far, on the basis of awaiting planning reform, and updates on housing numbers set by government.

“The predominant reason plans are on hold is that the government might look to amend the way the national housing requirements are to be set locally.” He added: “We have noted that in local authorities with green belt, up to date plan production is slower.”

Collins also said it “remains surprising” that local authorities are delaying or restarting plans because the government’s current policy is for all local plans to be in place by next year.

A spokesperson for East Hampshire Council said: “The Levelling Up and Regeneration Bill proposes significant changes to the planning system as we know it. That has led to uncertainty around national planning guidance and that needs to be fully understood.”

She added: “We have decided to go back to the consultation stage because so much has changed since we last consulted particularly in relation to the vision and objectives of the plan. We will go back to residents, communities and developers and begin our conversations again.”

A spokesperson for Ashfield District Council said the local authority “can confirm it has paused its enforced draft local plan”.

They added: “The council is not able to meet Conservative government’s housing needs derived from the government’s own standard formula on brownfield sites alone. Consequently the council has sought further clarification from the Department for Levelling up Housing & Communities. This has still not been forthcoming.”

“The council is currently not able to give any further indication of timescales for the next stages of the plan.  Until we get clarification – the local plan will remain on hold.”

Arun District Council told Housing Today it had “paused its plan-making programme (and the local plan update) in October 2021 pending further details of the Planning Bill.”

The Arun Council planning policy committee reviewed the position at a meeting on 7 June and agreed to recommend to full council that the local plan update be resumed, the Arun council said.

“This is because the planning bill has been dropped and superseded by the government Levelling Up White Paper which proposes less significant changes to the plan-making programme,” they added.

A Dorset Council spokesperson denied its plans were “on hold” but conceded:  “No final decision has yet been made on any aspects of the Dorset council local plan.” It also said “conversations” with central government were “still ongoing”.

“Any major proposed development will have substantial issues that need to be resolved before a draft plan can be recommended for submission,” the Dorset Council spokesperson said.

A spokesperson for Dacorum Council said: ”A revised timetable for the local plan, which highlighted a delay to the preparation of the local plan, was presented to and approved by cabinet in February 2022.  A key factor to the delay of the local plan is due to the Habitats Regulations Assessment (HRA) – an important legal requirement for plan making.”

A spokesperson for Welwyn Hatfield said: “The local plan was delayed to enable us to consider the information on the 2021-22 housing completions to help make a more accurate assessment of the borough’s housing requirement in accordance with the Inspector’s requirements.”

A Basildon Council spokesperson did not say why it had halted its local plan, but explained: “Following the decision of full council on 3 March 2022 to withdraw the local plan 2014 - 2034, the council is in the process of preparing a programme of work to prepare a new local plan for the borough. A timetable and details of this will be presented to Basildon’s Cabinet on the 8 September 2022.”

In addition to the 14 local authorites mentioned above, Housing Today also revealed in March Slough was having difficulty progressing with its local plan because of its financial troubles.

Ahead of the second reading of the levelling up bill last week, the industry warned the infrastructure levy could add “complexity” to the planning system.