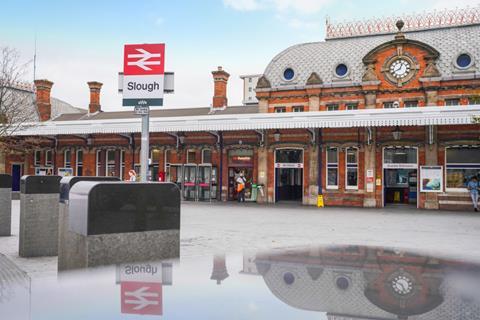 Slough council has become the latest local authority in the home counties to pause its local plan.

Paul Stimpson, planning policy manager, told a planning committee meeting that “our money for the local plan was taken away”. The official told committee members this was the reason he was leaving the council after 37 years.

He also said as well as having “no money for the local plan” the department, which currently consists of two people, did not have the staff to work on the plan.

“We are not in a position to progress the plan along the timetable that we had envisaged. Which is effectively one of the reasons I am leaving,” Stimpson told councillors.

The decision by Slough is likely to fuel concerns about the lack of resources in planning departments. Official figures last week showed that the percentage of major planning decisions made within statutory time limits has fallen to its lowest figure in the final quarter of the year since 2015.

The decision by Slough comes a month after Conservative-led Basildon council withdrew its  17,000-home plan in the wake of controversy over housing numbers.

Two other Conservative-led councils, Hertsmere and Welwyn Hatifeld also rejected their own plans in the wake of the government’s apparent backtracking on planning reform and Boris Johnson’s pledge that new homes should not be built on “green fields”.  Johnson repeated his vow to stop overdevelopment in some parts of the country in a speech last week.

See also>> Is the planning system on the brink of collapse?

However, it is not clear the extent to which national shifts in planning policy were behind Labour-led Slough’s decision.

Stimpson said: ”We have taken advice from the planning inspectorate and the planning advisory service. They are actually supportive of the work we have done so far.”

The planning official explained it was necessary to “put an evidence base together, which will show the plan is sound and that will take half a million pounds, basically. Then it will take you more to get through the examination.”

The government in December put Slough under supervision because of the scale of financial challenges facing the borough, appointing three external commissioners. An agenda for an extraordinary cabinet meeting to discuss the local authority’s recovery plan last night said the council “faces exceptionally serious leadership, cultural, financial, governance and operational challenges.” It added it a challenge that is “unprecedented and will require a substantial repurposing of the organisation”.

An extraordinary budget meeting on 9 March showed the council will have a financial deficit of £223.1m up to the end of the current financial year and an estimated £84.1m for 2022/23. The budget requirement is expected to be 78% greater in 2022/23 than its source of funding.

The council has previously said there is a shortage of 5,000 homes in the borough. It has been contacted for comment.