The Guinness Partnership has posted a large increase in its surplus as a result of a major exchange of housing stock with another registered provider.

The figure included a £94m accounting surplus generated from a deal with Paradigm Housing Group, which saw Guinness take on 1,157 new properties and transfer another 1,386 to Paradigm. 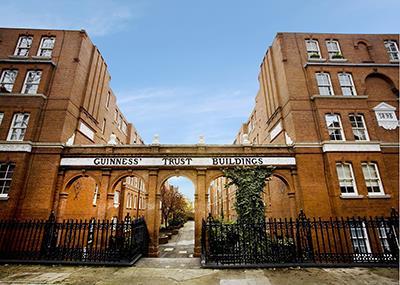 Without this, Guinness would have been in deficit, as it was hit by a one-off £35.4m charge for an early redemption of a bond and a £20m increase in operating costs relating to social housing lettings.

Guinness’ margin on social housings lettings fell from 29.8% to 24.8% due to ”a number of building safety and stock investment decisions combined with the increased cost of delivering maintenance services in-house during Covid-19 lockdowns”, Guinness said.

The starts and completions figures were however lower than the group’s pre-pandemic target of 2,000 and 700 respectively. “This was partly driven by delays during the first lockdown, when it was not clear whether contractors were able to continue work on site,” the accounts said.

>> See also: Housing association accounts 2020/21 coverage all in one place

Guinness was revealed earlier this month as one of the biggest players in the latest Homes England strategic partnerships programme. Guinness, in a joint bid with Stonewater, has been allocated £250m to build 4,180 homes.

Associations are required to post surpluses to maintain lender and investor confidence, assure the regulator of an organisation’s viability and to ensure the business is well positioned to cope with unforeseen events.

Surpluses can be used as future working capital to enable organisations to fund development while reducing their reliance on grant, debt or other types of funding.