Developer Grosvenor has secured planning approval for an 11-storey development of 333 homes in the heart of London’s Belgravia district.

The plans from the central London landlord for the new Cundy Street quarter, drawn up by architect DSDHA, include 88 affordable homes, 170 later living homes and 75 homes for open market sale.

The scheme has attracted controversy because it require the demolition of the art-deco inspired Cundy Street Flats, designed by TP Bennett, and the 1924 Walden House building. 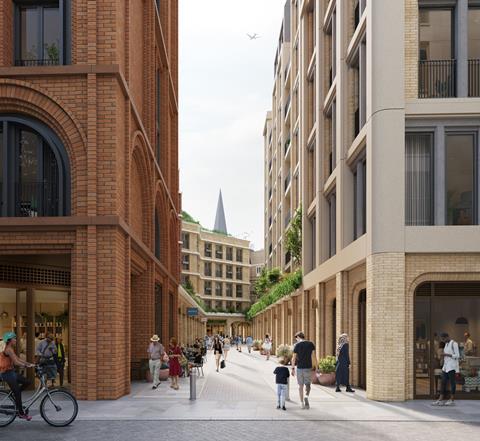 The scheme secured resolution to grant consent by Westminster council’s planning committee last night after officers recommended it be given the green light, despite the opposition of the Belgravia Society, which had described it as “overdevelopment”.

Grosvenor said the plans will deliver affordable homes that are 50% larger than existing units, adding that the buildings will take just a twentieth of the energy to run as the existing development. 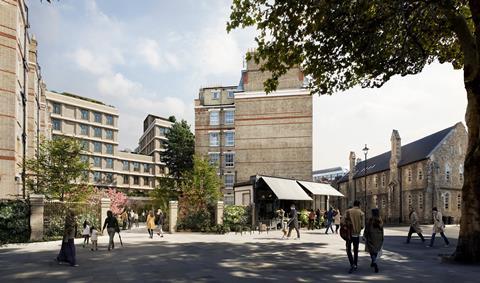 Grosvenor said the development will enable the “transformation of a closed-off site with no public amenities, dominated by car parking and unmodernised affordable housing into a handsome, open, low-carbon part of Belgravia.”

Anna Bond, executive director of development at Grosvenor Britain & Ireland, said: “From the outset we wanted to create a place with better homes, more facilities and handsome public realm, built in a way that helps Belgravia adapt to the climate emergency. With this approval, we can now get on and deliver exactly that for the community.”

The council said 79 residents and business had objected to the plans, with 14 offering support. 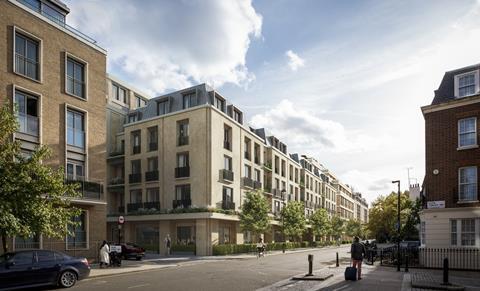 The approval will see Grosvenor, which owns much of Belgravia and Mayfair, invest £10m in new public realm and open space, with the scheme including 27,000 sq ft of green roofs. Grosvenor has promised to deliver the affordable homes first in the scheme, with the first homes due for occupation from 2026.

At the same committee meeting, councillors also granted approval for the council’s own plans, designed by Levitt Bernstein, for 52 affordable homes (pictured below) in the Churchill Gardens Estate beside the Thames. The council said 34 supported housing units would be built in the middle of the listed post-war estate, to replace the 31 existing homes in the estate’s Darwin House, with a further 18 homes for intermediate rent also provided. 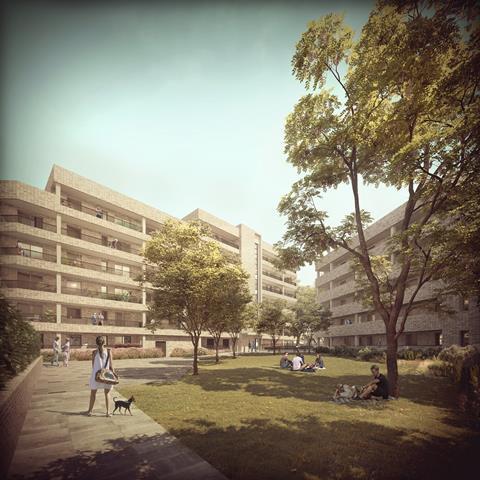 The intermediate rent homes will be built on the site of the former Balmoral Castle pub and nearby garages. The council said the homes would be built using “Passivhaus principles”.

Cllr Heather Acton, cabinet member for communities and regeneration, said: “The designs have been considered carefully to complement the existing, highly regarded, estate architecture and the new green outdoor spaces aim to improve the lives and wellbeing of the wider Churchill Gardens community.”