Michael Gove achieved much in his 10 months as housing secretary, particularly on building safety. But now the focus must also include helping housing developers build more homes, argues Carl Brown 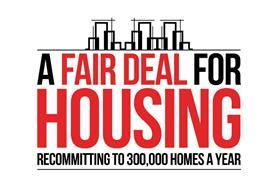 As a ‘big beast’ with a reputation as a disrupter, it was always unlikely to be a quiet tenure at the Department for Levelling Up, Housing & Comminities for the experienced minister.

And sure enough, Gove launched into tackling what was seen as two major headaches left by his predecessor Robert Jenrick.

Namely, how to resolve the vexed issue of leaseholders being billed for fire safety remediation works and what to do about proposed planning reforms. The latter had been hailed by Boris Johnson as a “radical” step to get Britain building in 2020 only to later be blamed for the Conservatives’ loss in the Chesham & Amersham by-election. 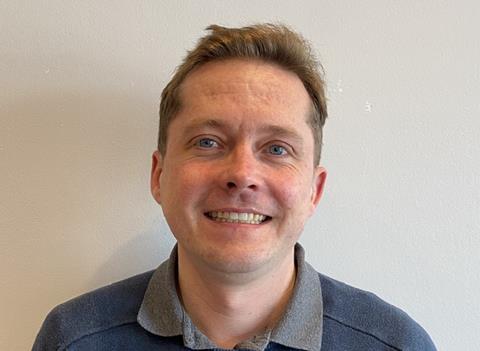 In the space of nearly 10 months, Gove created many headlines as housing secretary.

Sure enough, he shelved much of predecessor Robert Jenrick’s proposed planning system overhaul, including plans for mandatory local housing targets and growth zones in every local authority, where developers would benefit from automatic outline permission.

Gove’s revamped planning policy was unveiled in the levelling up and regeneration bill, including plans for ‘street votes’ and local design codes was introduced to parliament in May, to a mixed response.

The bill in its current form would remove the need for councils to show a five-year supply of land to fend off speculative planning applications and has been seen by some as anti-development. Stewart Baseley, executive chair of the Home Builders Federation warned in May that the bill should not become a “charter for nimbys”.

Gove also succeeded in persuading the largest housebuilders to pay into a fund to remediate tower blocks between 11 and 18 metres in height, following a long-running saga over the extent to which leaseholders, taxpayers or developers should pay to fix unsafe buildings. Gove had earlier in the year threatened to use new powers in the Building Safety Act to stop housebuilders trading if they didn’t pay up and this arguably helped bring the housebuilders to the negotiating table.

A total of 47 housebuilders have since agreed to fix all “life-critical” fire safety issues on their own blocks going back 30 years, without using the government’s Building Safety Fund. A number of the publicly listed housebuilders have published cost estimates of carrying out works under the pledge.

Gove in February published a levelling up white paper setting out 12 missions to level up the UK and reverse decline in some parts of the country. The paper proposed allocating the bulk of a previously announced £1.8bn brownfield fund towards regenerating 20 places, including Wolverhampton and Sheffield, along with changes to ensure a higher proportion of housing grant goes to the north and midlands.

However many in the housing sector were underwhelmed by what was seen as a lack of clarity and insufficient funding.

On a more positive note, the mammoth Building Safety Act was successfully piloted through parliament on Gove’s watch. This 262-page act is intended to “create lasting generational change” to the way residential buildings are constructed and maintained following the 2017 Grenfell Tower disaster.

Gove’s shelving of the planning reforms and the lack of an alternative vision to drive delivery has in part prompted us at Housing Today to launch our  A Fair Deal for Housing campaign . We believe Gove’s successor - and surely Johnson’s successor as prime minister - should firmly re-commit to the 300,000-home target with a proper plan to get Britain building  in an increasingly difficult operating environment.

In recent months Gove has appeared lukewarm about the prospects of the government hitting the government’s 300,000 homes-a-year housebuilding target, going as far to say it is “not bound by one criterion alone”.

The shelving of the planning reforms and the lack of an alternative vision to drive delivery has in part prompted us at Housing Today to launch our  A Fair Deal for Housing campaign . We believe Gove’s successor - and surely Johnson’s successor as prime minister - should firmly re-commit to the 300,000-home target with a proper plan to get Britain building in an increasingly difficult operating environment.

Over the next few months we will be working with the entire housebuilding industry to come up with a package of solutions to help achieve this.

Gove threw his weight around and achieved a fair amount quickly, particularly on building safety. But the government - whoever it is led by in the coming months - must next fully commit to meeting the Conservatives’ 300,000 homes-a-year manifesto pledge, with a proper strategy and support for the housing development industry.