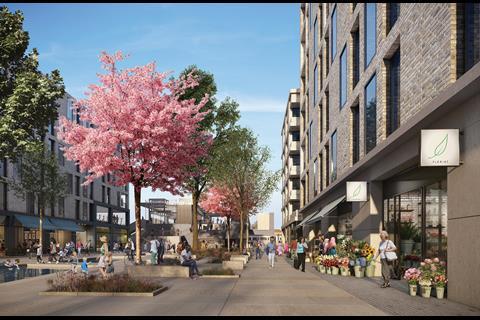 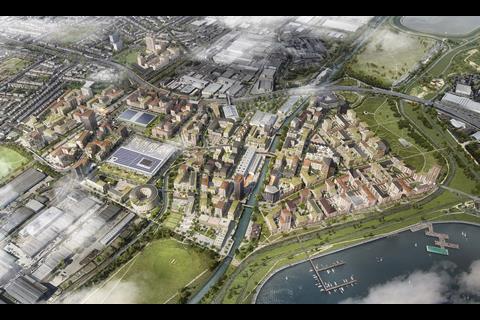 The contractor beat off competition from 16 other firms and was shortlisted along with housebuilder Redrow and housing associations L&Q and Peabody to secure the contract to build 725 homes, masterplanned by Karakusevic Carson Architects.

Enabling works have already begun on the site around the new Meridian Water railway station, and building work on the 725 homes – a “significant” albeit unspecified number of which will be affordable, according to the council – will be completed by 2022.

Last year the local authority announced it would be taking over the scheme, which is expected to deliver 10,00 new homes.

Enfield and then-preferred developer Barratt parted company at the end of 2017 after the council said the housebuilder’s terms would have represented a “poor deal” for both residents and businesses.

Barratt withdrew in October 2017, before the local authority could terminate the arrangement.

Speaking about Galliford Try’s appointment to build the first phase of housing, Enfield council leader Nesil Caliskan said the firm had “demonstrated it would be able to deliver quality, well-designed homes in a timely manner and social infrastructure that reflects the Meridian Water vision.

“This is a clear demonstration of the progress we are making and the confidence the development community has shown in the council to deliver one of London’s most exciting regeneration projects.”

Enfield is currently looking for a developer to build the second phase of 250 homes on the scheme.