Crest announces redundancies as it slumps into the red

Housebuilder Crest Nicholson is to make 130 redundancies and abandon plans to open a new division as it reported revenue slumping by more than half in the six months to the end of April. 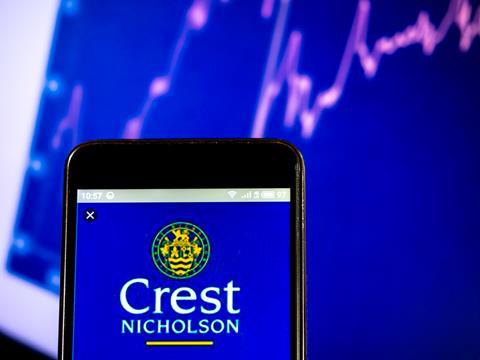 The firm, reporting interim results, was also forced to write off £43m in the value of its landholdings given expectations of future price falls, helping push it to a pre-tax loss of £51m.

Peter Truscott, chief executive of the housebuilder, said Crest had made good progress delivering its turnaround strategy despite the onset of coronavirus, but that now it “cannot ignore the risks that covid-19 presents to the UK housing market” and was reducing its overheads.

The firm said turnover for the six months fell by 52% to £240m, from just over £500m this time last year. In addition, it said that even without factoring in exceptional items relating to the land revaluation and restructuring costs, pre-tax profit fell 93% to just £4m, from £64m in the same period in 2019.

The firm said it had planned to open a new Southern Counties division at the housebuilder, and had got as far as recruiting a leadership team, but that the onset of the crisis had forced it to put these plans on hold, distributing sites among existing divisions. It will also merge its strategic projects and partnerships & regeneration divisions, as well as cutting back on head office staff.

It said: “The combined impact of the above actions results in a proposed reduction of approximately 130 roles in the group and will realise an overhead saving of c.£5m on an annualised basis.”

It said the restructuring was likely to cost a further £4.5m in the second half of the year, beyond the charge already incurred in these interim results.

The housebuilder is the first to report significant redundancies as a result of the coronavirus crisis, with others, such as Taylor Wimpey and Persimmon, stating they remain in such good financial shape that they have declined or are returning the government’s furlough cash due to them.

Berkeley Group has refused to comment on reports it is in the process of making 200 staff redundant. 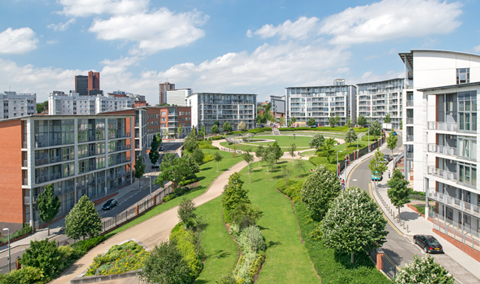 The changes come after a torrid few years for the housebuilder, which has made a string of profit warnings. The current chief executive, former Galliford Try boss Peter Truscott, was brought in in September last year to attempt to steady the ship and is the third chief executive in as many years.

The firm said it was impossible to predict the “scale or endurance” of the impact of the covid crisis on the UK housing market or the wider economy.

However, it said that after considering a range of scenarios, the executive leadership team and board had decided that the firm “now needs to prepare for a potentially more challenging trading environment in the medium term”, and that it was now envisaging being a “leaner” organisation than it had hoped when launching its new strategy at the start of the year.

The firm said: “It is important that we quickly recognise the likely scale and magnitude of the covid-19 pandemic on our business and act decisively to protect the longer-term interests of our employees, customers and shareholders.”

Estate agents have reported a strong housing market since the government lifted lockdown restrictions in May, however price falls are widely expected given the 14% hit on UK GDP forecast by the Bank of England in 2020.

The drop in revenue at Crest Nicholson was largely prompted by a failure to complete on homes due to the covid-19 lockdown, which forced private completions down by 39%.

The delays in transactions also forced the firm’s operating profit margin down to just 4.6%, from 14.1% this time last year.

Peter Truscott said: “We are ahead of our own expectations in a number of our strategic priorities and that has been delivered against the backdrop of covid-19”, adding that the business was performing well and trading in line with our expectations before lockdown.

“However,” he said, “we cannot ignore the risks that covid-19 presents to the UK housing market even if we cannot predict with certainty what the impact of those risks will be. Therefore, we have adapted our strategy by deferring the planned opening of an additional division and targeting further reductions in overheads. Taking decisive action now will ensure Crest Nicholson is able to flourish in whatever market conditions may emerge in the future”.

Crest’s share price fell more than 10% on the news in early trading, before recovering slightly to sit 7% down just before 9am.