Housing starts are still expected to fall by nearly 60% this year despite a faster than expected recovery in the housing market, according to the Construction Products Association. 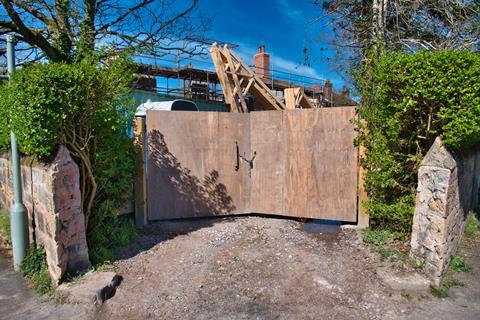 The trade body (CPA) today released summer forecasts for the wider construction industry in which it said it now expects that housing completions will fall by 36% this year, an improvement on the 41% drop predicted in May in the immediate aftermath of the covid lockdown.

The CPA said that activity on site had returned “slightly quicker than initially expected post-lockdown” and noted that “house builders have reported a pent-up flow of sales and reservations.”

However, despite this, the body said it still expected starts to collapse by 60%, the same level as forecast in May, as housebuilders prioritised finishing existing half-built schemes over starting new ones. Its report said: “A cautious stance is expected on demand after the initial bounce in post-lockdown buyer activity. The largest impact will be on starts, with activity focused on the build out of units already underway.”

The forecast follows several weeks of bullish reports from estate agents and property portals, some of whom are reporting record levels of demand for homes from buyers. Estate agent Knight Frank this morning also reported that the number of prospective buyers registering with it was at nearly double the five year average, and that sales were being accepted at closer to asking price than this time last year.

The CPA construction output as a whole was expected to fall by 20% this year, with residential the worst affected sector. Aside from private housing, commercial construction is also expected to experience a 29% fall.

It said uncertainty still remains around longer-term demand and future new orders given the state of the wider economy.

Noble Francis, the CPA’s economics director, said: “There still remains a significant number of long term uncertainties for the UK economy, including: unemployment rates as furlough comes to an end, the uptake of homeworking, the potential of a second wave of infection, and, of course, the end of the Brexit implementation period in December.

“While next year we anticipate construction output rising 18% overall, it is worth noting that this is compared with a low base of activity in 2020 and will still be 6.4% lower than pre-coronavirus levels.”

The CPA said long-term confidence for new developments seemed fragile with the prospect for rising unemployment and signs that lender appetite is worsening.

Tom Bill, head of UK residential research at Knight Frank, said: “What’s happening is the release of pent-up demand that has been building for years against the backdrop of Brexit, tax changes and tighter lending rules. This is putting upwards pressure on prices. In fact, prices are firmer now than they were a year ago, based on the level of offers made and accepted.”

However, he added: “I would expect the market to eventually self-correct as there is probably only so far prices can climb against the backdrop of a global pandemic.”