Plans for 433 new homes on the site of a former magistrates court in east London have been granted approval.

Councillors in Waltham Forest on Tuesday approved the second phase of the Fellowship Square development to expand the town hall campus in Walthamstow.

Under the project, the council’s development partner Countryside will build 433 homes in five new blocks ranging from five to nine storeys in height. The scheme involves 118 shared ownership homes, 87 for affordable rent and the rest for open market sale. The majority of the homes, 83%, will have two bedrooms or fewer.

A number of existing buildings, including the former Waltham Forest Magistrates Court, will be demolished. 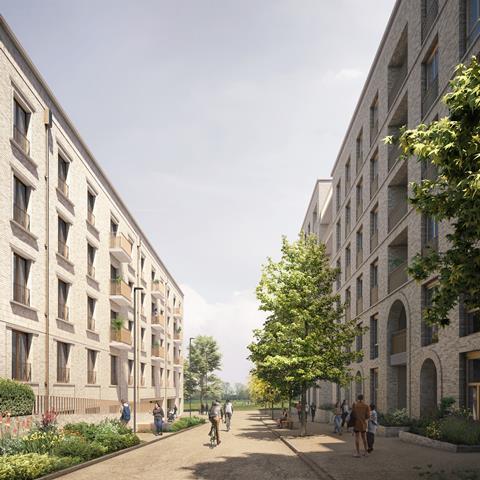 The proposed development in Walthamstow

Subject to a Section 106 agreement, work will start later this year with the first new homes being ready to occupy in early 2023. The homes will be managed by housing association One Housing Group.

The approval follows Countryside’s decision earlier this year to move out of spec housebuilding to focus on partnerships with councils and housing associations.

See also >>> Genius or folly? Why Countryside’s decision to get out of housebuilding is causing a stir