Construction to start this month

Housebuilder Vistry Group and social landlord Clarion Housing Group have announced a joint venture to build 1,000 homes on a £400m development near Northampton.

The mixed tenure development in Collingtree will include 700 homes for private sale, which range from one to five-bedroom homes. 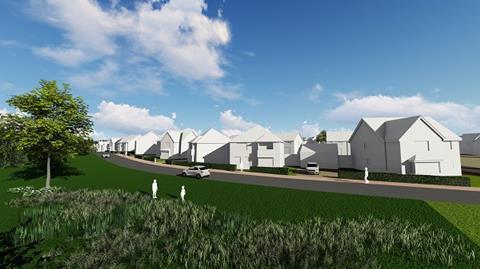 There will be 300 affordable homes in total, of which 195 will be for shared ownership and 105 for affordable rent.

A total of £18m will also be invested to support the building of a new primary school and a community centre.

Construction on site is expected to begin this month.

John Lougher, strategic land managing director at Bovis Homes – part of the newly-formed Vistry Group – said the location, by Collingtree Park Golf Club, would become a flagship development over the next decade, boosting investment and jobs in the area.

Richard Cook, group director of development at Clarion, said this is the company’s fourth joint venture with Vistry Group, one of which was to build 1,500 homes in the Plymouth area.