House prices rose by 1.8% in March according to the first official data for the month, putting prices up by more than 10% year on year for the first time since the global financial crisis.

The Office of National Statistics (ONS) figures, based on Land Registry data, show the average price of a home rose to £256,000 in the UK, with the biggest rises across the north of England. 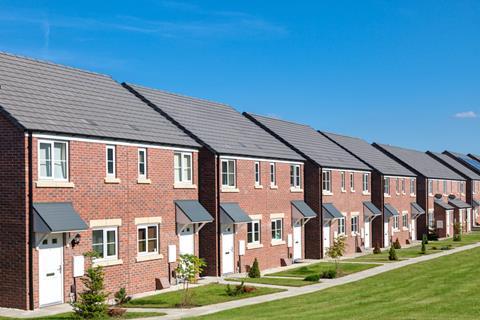 The data also suggests growth in prices is accelerating, with the 1.8% monthly growth the highest since the pandemic began, and the steepest month-on-month growth for seven years.

March was the month in which chancellor Rishi Sunak decided to further boost the market by extending the current stamp duty holiday, originally due to expire in March, until the end of June for properties under £500k. However, the £15,000 maximum saving achieved under the stamp duty holiday is far less than the more than £25,000 average rise in prices now seen since the start of the pandemic.

The national price rises come despite much slower growth over the past year in London, where prices were up just 3.7% on March 2020 to a fraction over half a million pounds, albeit month-on-month London prices ticked up by 1%.

Yorkshire and the Humber region has seen the biggest rise in prices since the pandemic started, according to the data, with the average cost of a house up 14% in just one year, followed closely by a rise of 13.7% in the North-east. Prior to the pandemic, these regions had the lowest average house prices of any in England.

Across the UK, property prices have risen most quickly for terraced and detached properties, with both up more than 11% in price. Semi-detached properties have also seen prices rise faster than the average. However, the cost of buying a flat has risen just 5% over the same period.

The number of sales in March, at 191,000, was more than double the number seen in the same month last year, The ONS said.

Jonathan Hopper, CEO of Garrington Property Finders, said the figures showed the pandemic had completely unshackled the property market from the wider economy, with the growth seen during a period when GDP slumped by 6%.

“The boom is the product of a perfect storm of factors. Years of demand that had been repressed by Brexit uncertainty were unleashed just as the difficulties of lockdown living forced thousands of people to fundamentally reassess what they want from their home.

The economics editor of the Sunday Times this week criticised Sunak for extending the stamp duty holiday in the face of already steeply rising prices, branding the decision “odd” and “counterproductive” and saying there were now reasons to worry about the extent of rapidly rising prices.