A business that is part of modular housing start-up TopHat has reported a loss of £4.9m in its annual accounts

TopHat Communities recorded revenue of £10.28m for the year, an increase on the £2.5m previously reported for the half year to 31 October 2019.

Despite the strong revenue performance, the developer, owned by investment giant Goldman Sachs, made a loss due to several high costs. These include a £12m cost of sales, £2m in administrative expenses and £1m in interest charges. 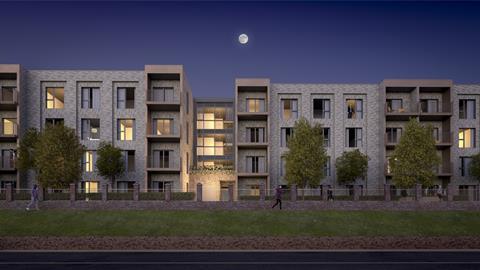 Housing Today understands the costs were in part connected with the conducting of research and development as the company looks at the prospect of opening more factories.

TopHat, which was set up in 2016 by the American MIT graduate and former investment banker Jordan Rosenhaus, currently has one production facility in South Derbyshire with capacity to produce more than 1,000 homes per year.

The latest £5m loss follows a deficit of nearly £1m in a period from April 5 2019 to 31 October 2019 and a £21m deficit in a near-six month period before that. The company has now switched to an annual reporting system, which makes comparisons of one period to the next problematic.

TopHat Communities is a subsidiary of TopHat Enterprises Ltd, the Jersey-based business in which the accounts for the modular homes group are consolidated.

A spokesperson for TopHat Industries said: “This year TopHat has invested significantly in the technology behind the business, enabling sustainable growth.

“Without substantial investment, house building will fail to innovate at the required pace to deal with regulatory pressures and the housing shortfall. “The year has also been impacted by Covid, but despite this, we have kept our growth trajectory on plan and continue to build a pipeline of thousands of homes.”