The rhetoric of planning reform has changed more than the substance

Michael Gove has artfully repositioned the government’s planning reforms, but more of his predecessor’s original vision remains then you might think, writes Paul Smith

The debate in parliament about the Levelling-Up and Regeneration Bill was like a greatest hits compilation of criticisms of developers. Accusations of land-banking, poor quality homes, putting profit before place and riding roughshod over local councils and local residents were all there. In his contributions, Michael Gove carefully positioned the bill as being designed to curb the worst of those excesses. 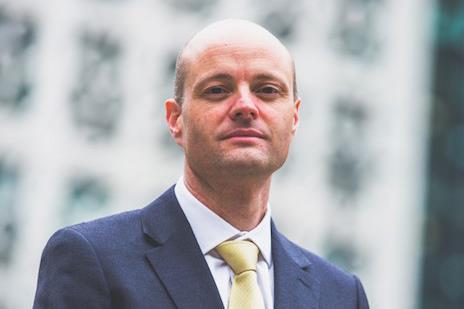 Gove has artfully re-positioned planning reform since taking over from Robert Jenrick as housing secretary.

The original white paper, Planning for the Future, published in 2020, was in keeping with the “stuff them all, I know best” spirit of the Dominic Cummings-inspired Downing Street of the time. It claimed the only way to save the planning system was to “tear it down and start again.” At the same time as consulting on the white paper - which dealt with changes to the system - the government also proposed changes to the way housing targets were calculated in a second consultation.

Dubbed “the mutant algorithm,” the revised formula would have increased housing targets where prices are currently highest - mainly London and the south east. Combined with the aggressive language of the white paper, it prompted a furious, but perhaps predictable, backlash from MPs. It was subsequently weaponised by the Liberal Democrats and played no small part in their defeat of the Conservatives in the Chesham and Amersham by-election. Planning reform had become toxic and Jenrick was sacked.

As soon as he started in the role, Gove sought to take the heat out of the debate by signalling a climb-down. Rumours quickly appeared that he had ordered a “complete rethink” of planning reform, with the previously ambitious changes to be scaled back to a “tidying up exercise.” Then, in February, news broke that there would be no Planning Bill at all. And there isn’t - it’s a Levelling-Up and Regeneration Bill, although most of the content is actually about planning reform. That is just the most visible way in which Gove has successfully re-framed the whole debate.

Design codes, digitisation, fixed timescales for preparing Local Plans, national development management policies and even an infrastructure levy to replace Section 106 Agreements are all still there.

The reforms themselves, many of which sit in an accompanying policy paper, are extremely similar to those that appeared in the white paper. Design codes, digitisation, fixed timescales for preparing Local Plans, national development management policies and even an infrastructure levy to replace Section 106 Agreements are all still there.

The removal of the much-maligned growth zones attracted much public interest, but they too remain in spirit. Their objective was simply to provide more certainty that planning permission would be granted on allocated housing sites. They weren’t greatly - if at all - different from current local plan allocations. It was only the Cummings-ian description of them as granting “automatic planning permission” that made them so controversial. The Levelling-up Bill dispenses with that language, but instead we are told that “local plans will be given more weight” and that “there must be strong reasons to override the plan.” It produces the same effect as a growth zone would have.

Yet Gove has included some headline grabbing proposals too - like street votes. While they are only likely to make a modest contribution to housing supply, they fit the narrative of putting power back in the hands of local residents at the same time as shifting the focus away from other parts of the reforms.

There are also some superficially anti-developer reforms - most notably the proposal to abandon the requirement for local authorities to maintain a five-year housing land supply if their local plan is up-to-date. Under the current system, however, local plans can’t be adopted unless they have a five-year supply in place from the outset. While there have been some cases of planning appeals being lost on that basis shortly after plans have been adopted, there aren’t huge numbers, and it shouldn’t happen at all if plans are being examined robustly. With more detailed consideration at examination, the “immunity” the government is offering becomes largely irrelevant.

This dramatic shift in presentation and emphasis explains why Gove’s planning reforms have received a much more positive response than those in the white paper.

Almost as important as the things Gove has chosen to emphasise are those he has chosen not to – principally housing targets. It was the proposed changes to those targets that most motivated opponents to the white paper. By staying silent – occasionally hinting that there might be reduced targets in the south east – Gove has removed the key focal point for objectors.

This dramatic shift in presentation and emphasis explains why Gove’s planning reforms have received a much more positive response than those in the white paper. The headlines that greeted the publication of the Levelling-up Bill described it as abandoning radical reform. Even CPRE welcomed what it described as a U-turn.

The government line is that these changes are “putting people at the heart of the planning system,” as Conservative MP Stuart Andrew described them. Yet they are also delivering the majority of the reforms outlined in Planning for the Future.

The rhetoric around planning reform might have changed significantly but look beyond it and you’ll see the substance is scarcely different.