Investment manager Orchard Street has submitted plans to build two storeys of student accommodation on the top of the former Debenhams store in Leeds city centre as part of a bid to repurpose the former shop after the collapse of the retailer.

Acting on behalf of property fund St James Place, Orchard street said it had submitted an application to build 124 student beds on the top of the listed 1930s building, replacing the current 1990s roof extension with a four and fifth floor and roof garden.

The first three floors of the shop itself, located on Briggate in the city centre, will be turned into 40,000 sq ft of “flexible commercial space”, the firm said. 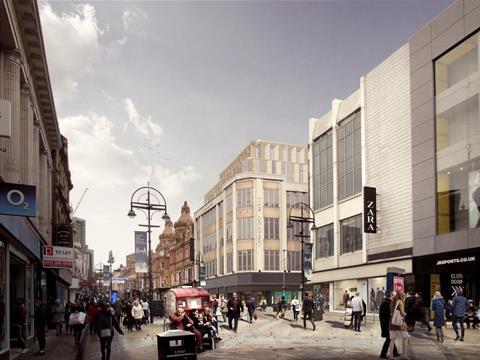 The scheme, designed by architect Chapman Tolcher Carey Jones Studios, is the latest to come forward looking to incorporate residential construction into the repurposing of vacant town centre space following the collapse of shops during the covid pandemic.

Last month Hammerson submitted plans for 300 homes in Leicester on the site of another former Debenhams store, in a move the firm said represented “a structural shift” in UK high streets. Iconic retailer Debenhams collapsed into liquidation at the end of last year with the loss of 12,000 jobs.

The government brought in new permitted development rights, coming in to force in August, giving owners of most city centre scheme the right to convert vacant buildings in to homes without requiring full planning permission.

In Leeds Orchard Street Investment Managers have appointed consultant Stace to project manage the scheme, overseeing design and construction and acting as employer’s agent. The scheme is designed to meet a Breeam Excellent standard while retaining the building’s 1930s architectural appearance. 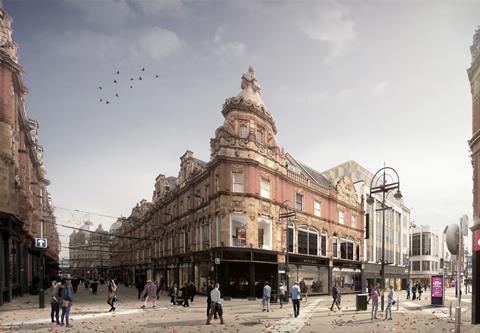