Stewart Milne Group has fallen to a £72m pre-tax loss in its covid-hit financial results for the year to October 2020.

The loss came after the Aberdeen-based housebuilder recorded a whopping £59.2m write-down to account for land value falls and restructuring costs, and saw turnover drop by 13%, on a like-for-like basis, to £270m. 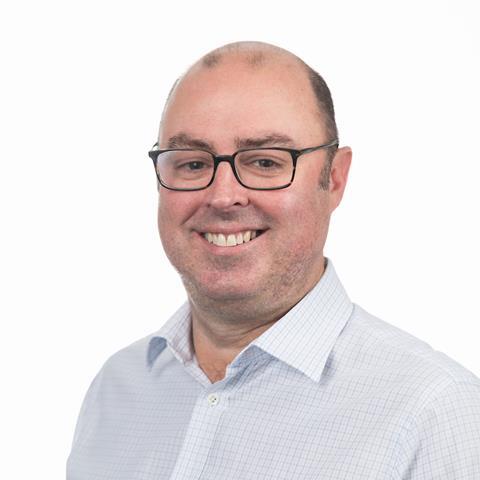 However, chief executive Stuart MacGregor (pictured) told Housing Today the strong market since the lockdown meant the business, which operates in Scotland and the north of England, was on track to record a profit for the current year. He said it had also managed to secure an extension to banking facilities until at least next March.

Stewart Milne’s £71.5m loss comes after a £48.5m loss in the previous accounting period, which covered 16 months from July 2018 to October 2019, after the business embarked upon a major restructuring programme and revaluation of its land holdings, including sites around Aberdeen affected by the post 2015 crash in the oil industry.

The £270m turnover, from the sale of 836 homes, compares with £379m reported for the 16 months covered by the 2019 results. In a like-for-like comparison of the 12 months to October 2019, Stewart Milne, which is also a major timber frame manufacturer supplying other UK developers, brought in £309m.

Releasing abbreviated accounts, the firm said that the drop in turnover was caused when production stalled for four to five months in the spring of last year as the pandemic hit. Two-thirds of the business that operates in Scotland was forced to keep sites shut for longer given stricter covid-19 regulations.

Stewart Milne’s timber systems business (pictured, left) saw a particularly sharp drop in turnover, with revenue dropping on a 12-month like-for-like basis by a third, from £95m to £65m.

However, the bulk of the reported loss relates to the £59m write-down, of which £43m relates to a revaluation of the firm’s land portfolio. MacGregor said this  included sites across the UK purchased prior to the 2008 financial crisis, as well as sites in and around Aberdeen purchased before the 2015 oil price collapse.

House prices in Aberdeenshire have fallen by more than 30% over the past five years given the area’s economic reliance on the oil industry, albeit they have started to recover in the past year.

The firm also wrote off £6m related to the historic sale of its construction business, Stewart Milne Construction, and £5m related to a restructuring last year which saw the firm lay off 80 staff as it combined its northern and central Scotland operations into one region.

The accounts reveal the write-down also pushed the firm’s balance sheet into negative territory, with the accounts registering a deficit in shareholders’ funds of £55m.

This comes after auditors last year had said that there was a “material uncertainty” over the firm continuing as a going concern given its reliance at that time on banking facilities that were due to expire in March this year.

MacGregor said those facilities had now been extended until March 27 next year, with a further option to extend to July 31 subject to the business meeting facility conditions.

MacGregor said today that he would look to conclude a more long-term re-negotiation of banking facilities once the firm had reported a return to profit. He was “not concerned at all” about extending the facilities in March.

He added that the balance sheet calculation did not recognise the increased value from many of its more recently purchased land, which hadn’t been reassessed and was now likely to be “significantly undervalued”, or the growing value of the timber frame business, and that the balance sheet would return to positive territory as the business traded out.

He said: “Those who are close to us and understand our business are comfortable with that [balance sheet number], and we as a board of directors remain very positive about returning to profit and the additional profit that will be generated from our current activities.

“If that wasn’t the case, then neither our auditors nor our bankers would continue to support us.” 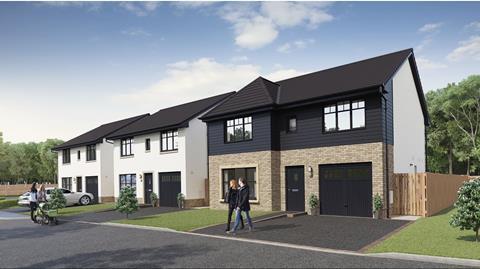 MacGregor said that the rebound in the market in the past year meant both the housebuilding business and the timber systems business had record order books. The business as a whole was trading “significantly ahead of its expectations” at the start of the financial year.

MacGregor said the housebuilding business was fully sold for the current financial year, adding: “We’re very comfortable with our forward trading position, which is the best the group has ever seen.”

The timber-frame business had by the end of June this year got a forward order book double that at the same point in 2019. MacGregor said it was on course to exceed £100m turnover in the current financial year.

He added that demand was so great that the business was opening a third timber-frame manufacturing facility, in Falkirk, which will increase the capacity of that part of the business by a third, with the business targeting “exponential” growth.

Following last year’s restructuring, the housebuilding business is now focused on sites in commutable locations around Edinburgh, Glasgow, Manchester and Liverpool, with around a third of turnover hailing from south of the border.

MacGregor said the business was aiming to return to production levels seen prior to the pandemic – when just over 1,000 homes per year were produced – while focusing on growing margins rather than turnover.

The business accelerated the redesign of its standard house types during the lockdown, launching the new “post pandemic” designs in May this year. MacGregor said the  designs, which have now been incorporated into its plans for pipeline sites, featured larger windows and offered options for home working spaces and greater individuality.

Stewart Milne’s full unabbreviated accounts are due to be published on the Companies House website in the coming weeks.