Aberdeen-based housebuilder Stewart Milne has crashed to a £48.5m pre-tax loss in its latest annual results, which included a £38.1m write-down largely related to its pipeline of North east Scotland sites hit by the collapse in the oil price.

The Scotland and Northern England housebuilder, which specialises in timber frame homes, reported a pre-tax loss of £10.3m even prior to the exceptional items, in what it said was “the beginning of a period of transformation for the group”. 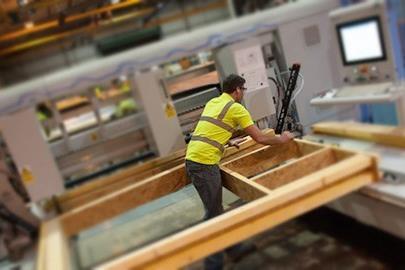 The loss came despite strong growth in turnover to £378m.

The firm’s accounts, signed off by auditors only at the end of last week, said the combination of the need to refinance a £175m loan facility by March 31 this year, and financial modelling of a “severe but plausible downside scenario” meant there was a “material uncertainty” over the ability of the group to continue as a going concern.

The results cover a 16-month period prior to the onset of the covid pandemic reaching to the end of October 2019, following the firm’s decision to change its financial year end to a less busy time of the year.

The firm said the losses came after it performed a “fundamental strategic review of the business” in order to set it up for profitability in future years, responding to the long-term collapse in the housing market around Aberdeen in the wake of the oil price crash.

House prices in Aberdeenshire have fallen by more than 10% over the last five years given the area’s economic reliance on the oil industry.

Despite the “material uncertainty”, the firm’s accounts said they had been prepared on a going concern basis because negotiations underway over refinancing its £175m facility with the Bank of Scotland were expected to complete before the March 31 deadline, and that the downside scenario was not likely to arise.

The firm’s write down included a £28.2m provision for land in North east Scotland impacted by the collapse of the housing market there since the oil price falls in 2015. Stewart Milne said this included a full valuation of both actively developed sites and those in the land back which will now no longer be built out. In addition, the firm incurred other exceptional costs related to the cost of “restructuring the Group’s operations and corporate structure”, making for total exceptional items of £38.1m.

The firm said the write down would allow margins to improve in future, and that this set of accounts was also hit by the relatively low value of turnover generated between June and October, resulting in a trading loss for that period.

The turnover of £378m was 16% up on the prior year on a like for like basis, accounting for the change in year end. Turnover in the firm’s timber systems business almost doubled, from £60.7m to £119.7m.

Stuart MacGregor, chief executive officer of Stewart Milne Group, said that rising demand for modern methods of construction menat the business was confident of continued growth in the timber systems business as the market normalises post Covid. He said: “We’re also seeing record levels of sales demand for our homes with the strongest forward sales position in our history.

“The major steps we’ve taken to improve profitability and competitiveness and bolster our position in the regions where we see the strongest demand and greatest growth potential, underline our confidence in the next five years.”

Regarding the “material uncertainty” noted in the accounts, a spokesperson for Stewart Milne said that the accounts had been prepared on a going concern basis and that the group “meets it day to working capital and long-term financing through a banking facility with the Bank of Scotland which will expire later this year and is currently being re-negotiated.”

The spokesperson added: “With no trading for more than three months, we’ve successfully navigated our way through the Covid crisis – one of the most challenging times we’ve ever faced - because we maintained working capital and had good cashflow. Our cash management plan is robust and we have comprehensive, detailed and regular forecasting which allows us to proactively manage the adequacy of headroom within our facilities and banking covenants. We are currently working with our bank with a view to extending our facility.”