Move will only lead to developers sidestepping quality and environmental standards, the RIBA said 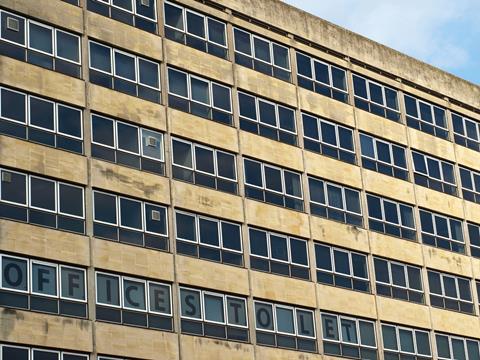 The government’s ambition to simplify the country’s planning system will be wrecked by ministers’ determination to persist with extending permitted development rights, the RIBA has warned.

Alongside a number of other housing initiatives announced earlier this week, including plans to change energy regulations and introduce a new housebuilding standard, the housing secretary Robert Jenrick said the government would be looking to reform the planning system, “making it faster and more efficient for everyone, from households to large developers”.

The government wants to allow homes to be built above existing properties and is seeking views on demolishing old commercial buildings for new housing, a move it claimed would revitalise high streets in the process.

An accelerated green paper on planning reforms will be published next month, outlining ministers’ thinking.

But the RIBA president Alan Jones pointed to a “huge contradiction” at the heart of the government’s ambitions and said moves to create “a planning system that works for society would be undermined by the proposal to extend permitted development rights”.

Jones said the RIBA said it would continue to urge the government to reconsider its plans, since these “would only lead to more homes that sidestep vital quality and environmental standards and inhibit any plans to incite a ‘green housing revolution’”.

The architects’ trade body has been a vociferous critic of those developers who used permitted development rights to turn redundant office and commercial space into residential properties, many of which do not meet minimum space standards.

It backed a Children’s Commissioner report, published in August, which the RIBA said provided “further evidence of the damaging effect that current regulations have on people, including families with children, who end up living in these poor-quality homes, often through no choice of their own”.

Other organisations have warned that prolific use of permitted development rights to convert offices and warehousing space into homes would create the “slums of the future”.

The Labour Party has committed to scrapping permitted development rights if it gets into government, while the Royal Town Planning Institute believed such rights “put housing affordability and design quality at risk” and undermined the planning system.

At the Conservative Party conference earliest this week housing minister Esther McVey said the government would tweak the permitted development rights’ regime but ruled out rolling it back.