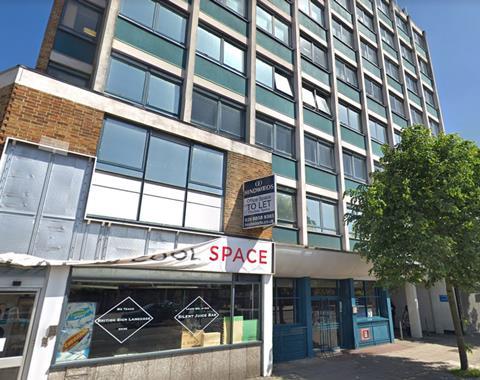 The government will tweak the rules governing the permitted development rights (PDR) rules that critics argue are breeding ‘slums of the future’ alongside a wider roll-out of the fast track planning regime, the communities secretary has pledged.

In his keynote speech to the Conservative Party conference on Monday, the secretary of state for housing and communities Robert Jenrick announced the PDR regime will be extended to allow homeowners to add extra floors onto their properties.

This extension builds on the previous expansion of the PDRs to allow the conversion of commercial buildings into housing without the need for a full-scale planning permission.

However at a conference fringe meeting preceding Jenrick’s announcement, organised by the Centre for Policy Studies (CPS) think tank, housing minister Esther McVey faced concerns that the current operation of the PDR rules was resulting in poor-quality homes.

Backbench Conservative MP Eddy Hughes, who is a former chair of the Walsall Housing Group, said: “PDR desperately needs to be addressed. We have flats that are 15m² which is not somewhere where any of us would want to live.”

Other critics of the use of PDRs to convert small industrial units and other commercial space into residential properties have warned the regime is creating the slums of the future.

Responding to such concerns, McVey said: “Where they are not working, we will be changing the rules to ensure they are habitable because there are certain conditions people must live. That will be done going forward.”

But she said the PDR reforms would not be reversed, and Alex Morton, policy director of the CPS, said the PDR extension should not be scrapped simply because of “one or two bad examples”.

“I hope we don’t reverse it. The idea that because of PDRs there is a housing crisis is a nonsense. People are overcrowded because there isn’t enough housing.”

Morton played a key role in the extension of PDRs during his previous roles as housing adviser to former prime minister David Cameron.

McVey also signalled that the government would maintain the tough line on tightening up the Help to Buy scheme, which was instigated by Jenrick’s predecessor James Brokenshire.

“Help to Buy has to be that and not helping to give profits to big organisations or big bonuses. We have to get that right, and we have to be constantly aware and vigilant about how to do that,” she said.

The CPS’ Morton also said that the tightened restrictions on the mortgage market, introduced in the wake of the financial crisis, should be eased.

“After 2008 went too far in overregulating the mortgage market. We need to do a new scheme to help those people get onto the property ladder and reverse some of that overregulation.”