The government needs to build 90,000 homes a year at social rent levels, at a cost of nearly £13bn annually, according to an influential cross-party committee of MPs.

A report from the housing and local government select committee published this morning found that the homes were needed after the covid crisis had “exposed our broken housing system”. It said that a programme to build 90,000 per year should be “top of the Government’s agenda to rebuild the country from the impact of covid-19.” 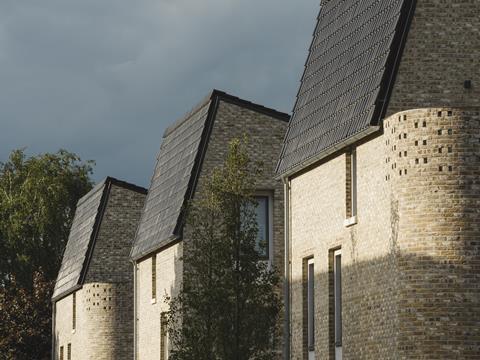 However, meeting the target would require a fifteen-fold increase in the delivery of new social housing such as the Stirling Prize-winning Goldsmith Street scheme (pictured, right). In 2018/19, the most recent year for which figures are available, just 6,338 homes were built, close to record lows.

The committee said that increasing social housebuilding to the level required would only be possible through the provision of a huge increase in grant funding from government, to £12.8bn annually. This is around £10bn higher than current levels, with the government having promised just £12bn for a new affordable housebuilding programme spread over the next five years.

The government has pledged to ensure 300,000 homes a year are built in total by the middle of the decade, but has not set a target for what proportion of the homes should be social housing. 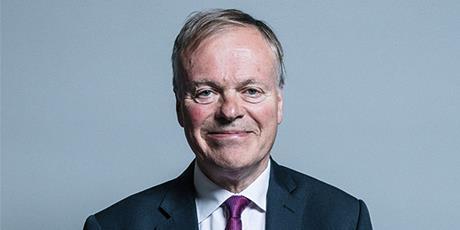 The committee chair, Labour MP Clive Betts (pictured, left), said the target was “challenging but it is achievable.”

He said: “The collapse of social housing building since the 1980s has had terrible consequences on our ability to provide adequate housing for those who need it.

“We believe this target [of 90,000 per annum] can be reached in five years, but only if the Government gives providers sufficient financial backing and reforms the wider landscape that social housing providers operate in.

“They must ensure that the money is there to build, that land is available to build on and allow flexibility to buy surplus housing where it is not needed in the private sector.”

The figure of 90,000 social rent homes being needed comes from an analysis by academic Glen Bramley of Heriot Watt University, commissioned by the National Housing Federation, which the report described as “compelling”. Bramley’s analysis found that overall, 145,000 affordable homes were needed per year, of which 90,000 should be at social rent levels, and the rest affordable rent of shared ownership.

Social housing is designed to help people on the lowest incomes, and is typically available to tenants at around a third of the cost of market rental properties in the same area, whereas the “affordable rent” product, introduced by the coalition government in 2011, costs around 60-80% of normal market rates to rent.

In addition to increasing funding, the committee said the government could use public land to fund the programme, and change compulsory purchase rules in order to be able to buy up land at lower cost. In addition it said that current funding for other types of affordable housing and the Help to Buy programme, which is due to come to an end in 2023, could be redistributed. In addition, a greater amount of social housing would in time act to reduce the housing benefit bill.

The report said the UK was facing a social housing “crisis”, with 83,700 households in temporary accommodation, an increase of 82% since 2010, and the number of people rough sleeping up 165% in the same period.

In addition, it said the government’s planned First Homes schemes of home available to buy at a 30% discount, was likely to negatively impact on the number of social homes built.

London mayor, Sadiq Khan, who has called for a five-fold increase in funding for affordbale homes in the capital, said he hoped the report would “embarrass the Government into action”. He said: “It exposes the huge shortfall between the social housing investment the country needs and what the Government is currently providing.

“Investment in social housing should be at the heart of our recovery from coronavirus, to protect jobs and get Britain building. Instead, the Government has prioritised ripping up planning rules to allow developers to create slum housing out of offices.”