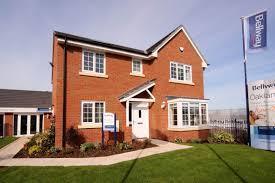 Bellway is scaling back its exposure to the London housing market, indicating it is leaning towards buying and developing more profitable land outside the capital.

The listed housebuilder, which announced its annual results today, said it would “continue to invest in financially viable locations in London where demand is strong”.

But it said “the proportion of homes sold in [the capital] is likely to reduce in the foreseeable future, reflecting the positive availability of good quality land at attractive returns elsewhere in the country”.

Bellway is near to completing its 514-apartment scheme “The Residence” development at Nine Elms, in south London, where it sold 214 homes in the year with an average selling price of £820,467, up from £705,567 last year.

Despite reducing its invested capital in London the group said demand there for affordably priced homes “remained robust”.

And as the UK approaches the 31 October deadline for leaving the EU Bellway said its European suppliers of electrical appliances and ceramic tiles were looking at alternative trading routes into the country, while most of its materials were sourced domestically.