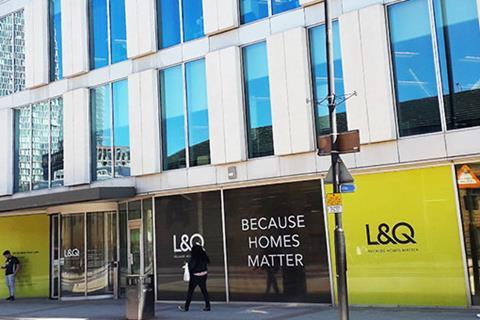 L&Q has completed its acquisition of Trafford Housing Trust (THT), which the pair said will lead to the delivery of 20,000 new homes across the north west.

The proposed deal, first announced in April this year, will enable the southern-focused L&Q to carve out a significant presence in the north west of England.

The acquisition had been expected to complete in June.

Having worked together for a number of years, L&Q’s acquisition of THT will unlock £4bn-worth of investment via an entity called the North West Foundation.

THT’s management will remain in place and the group will operate as a standalone operation within L&Q, which owns and manages 90,000 homes, 10 times the number overseen by THT.

David Montague, L&Q’s chief executive, said that combined the pair could do “so much more to address the need for more affordable housing in the North-west”.

THT is working with a number of contractors on housing schemes in the North of England, including Galliford Try, which is building 600 homes for the two groups on a brownfield site in Greater Manchester.

Last week it was reported that L&Q was pressing the ‘pause’ button on kickstarting any new housing schemes, blaming a downturn in the market caused, in part, by uncertainty over Brexit.