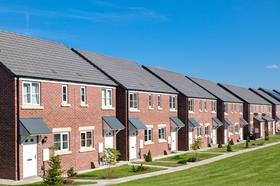 The firm said it now has a pipeline of 41 sites, capable of delivering 3,500 homes either on its own or in partnership with existing housing associations.

Four of the developments, including 50 shared-ownership units in Leon House, a former 1970s brutalist office block in Croydon, south London, were announced earlier this year.

The business also said it has hired the former CapCo planning director, Anette Simpson, to be its new director of developments and partnerships, with staff numbers rising from five to 55 in the last 12 months.

L&G’s affordable housing business, one part of its wider push into the residential sector, has been set up to deliver a mix of social and affordable rental homes, grant-supported shared ownership homes and Section 106 schemes for the 1.1 million households on local authority waiting lists.

Residents this month moved in to its first scheme, Bickland Water Road in Falmouth.

Ben Denton, MD of the business, said: “Legal & General remains committed to deploying institutional capital at scale into this sector, to deliver the volumes of social housing which society desperately needs.”