Development in land designated for ‘growth’ will be automatically permitted, housing secretary says

The government is to push ahead with a fundamental re-writing of the English planning system, with the introduction of a zonal system that will grant automatic permission for development in certain areas. 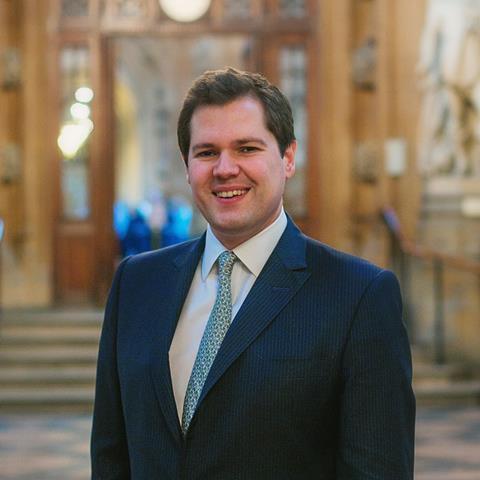 Housing secretary Robert Jenrick (pictured left) said yesterday that the reforms will see all land put into one of three categories: growth, renewal, and protection.

Development of land in the first category will “be allowed automatically”, Jenrick said, while sites in the “renewal” category – thought likely to be principally brownfield and urban sites – will also benefit from permission in principle.

“Protected” land will include currently designated green belt and Areas of Outstanding Natural Beauty, he said.

Jenrick said that the system, which is likely to be highly controversial, will deliver “beautiful places, not just collections of buildings”. Writing in the Sunday Telegraph, however, he did not set out how the system will ensure quality.

He said, “We are cutting red tape, but not standards”, adding that homes would have “green spaces and new parks at close hand,” and that “tree-lined streets are provided for in law”.

It is thought that the government is likely to use its existing plans to introduce design codes as the route by which quality in growth zones is policed, although Jenrick did not state this explicitly.

The detail behind the policy announced yesterday is expected to be laid out in a policy paper which prime minister Boris Johnson said last month would be published in July. Jenrick tweeted yesterday that the paper will now be published “this week”.

The announcement has been welcomed by many in the development industry, who believe it is likely to deliver permissions more quickly and efficiently. Mike Derbyshire, head of planning at property consultancy Bidwells, who has been part of a campaign for a Radical Regeneration Manifesto, said this was exactly what his group – which included major housebuilders such as Barratt and Legal & General – had asked for.

He said it would deliver “a fairer planning system that is inclusive and that prioritises environmentally-friendly practices, and designated areas where planning can be fast-tracked”.

He added: “We are pleased to see the government taking action to ensure that, on paper, the right sort of regeneration and development happens. We now need to see how this works in practice.”

However, the system, which was trailed in the prime minister’s “build, build, build” speech in July, has already met with opposition from environmental groups and planning bodies. Last month, 20 environmental and built environment groups, including the Town and Country Planning Association and Campaign to Protect Rural England, called on the government to “support a robust, locally led and democratic planning system with people and nature at its heart”.

It said: “Further deregulation of the planning system would erode the foundations of any green and just recovery long before the first brick is laid.”

Chris Rumfitt, director at public affairs consultancy Field, said this year that any move to a zonal planning system was so radical that it would take at least five years and possibly ten to bring in, and would not improve delivery in the short term. He also said it would be bitterly opposed by many Tory party activists.

Hugh Ellis, policy director at the TCPA, wrote in advance of Jenrick’s words that the move to zonal planning was “a straight trade-off between certainty and democracy”. He added: “What we are being sold in arguments for a move to zonal planning is soft words about design but no detail on scope or content of these codes.

“We are being asked to accept this on trust while one half of the democratic basis of local planning is removed. This is a bad deal for communities and a sad day for local democracy.”